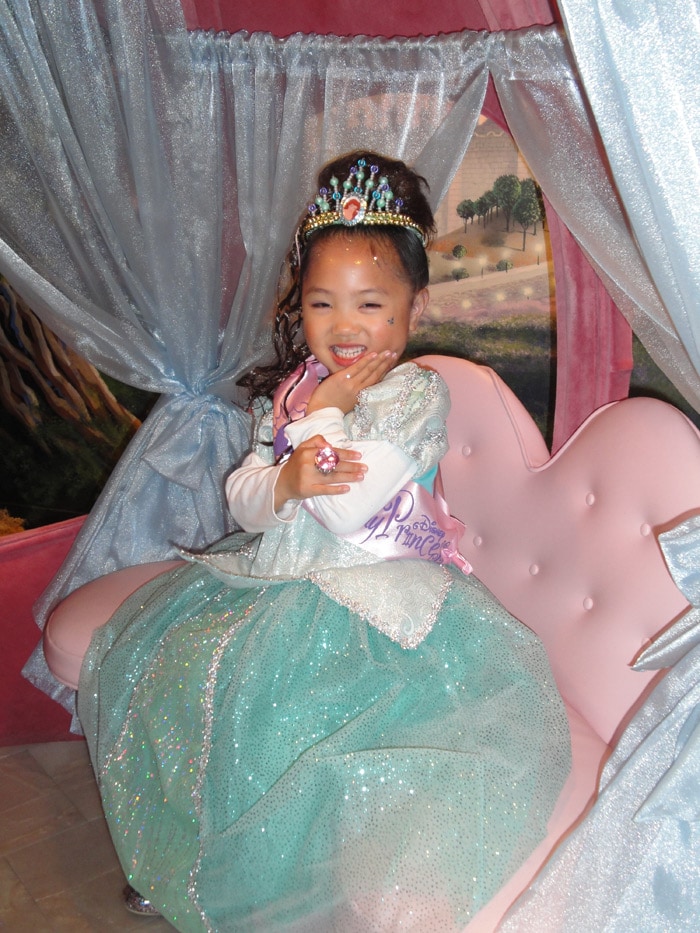 It’s hard to believe it’s been five years since Bibbidi Bobbidi Boutique opened in Fantasyland at Disneyland park. I can still remember standing outside the location on a chilly April day, before the doors opened, watching the ribbon cutting ceremony and I knew then, that we were about to create more magic for our Disney fans than we could have ever possibly imagined. Over the years, so many truly amazing and inspiring stories have been shared with us from our Fairy-Godmothers-In-Training regarding transformation experiences with you, our Disney fans. It’s some of those magical stories that I want to share with you today.

One of our United States Military Soldiers was homeward bound and wanted to surprise his three year-old daughter and wife. During his daughter’s transformation experience at Bibibidi Bobbidi Boutique, the ‘King’ as we called him, snuck into the photo studio in the location. After receiving the royal treatment, the ‘princess’ was escorted into the photo studio. Upon saying the magic words, Bibbidi Bobbidi Boo, the lights in the studio magically turned on and there stood her dad. The little girl instantly screamed Daddy, to which he replied ‘Hi Princess!’

A family with two ‘princesses’ visited Bibbidi Bobbidi Boutique during the first year it was open, with each princess taking part in a Castle transformation experience. Upon making their royal debut, the family offered to pay it forward by adding an additional transformation experience on to their bill and allowing the Fairy-Godmothers-in-Training to work their magic. It didn’t take long before they found a little girl whose dream was to become Belle. As it turns out, the ‘princess’ had been living at an orphanage since she was just a couple months old, and her ‘family’ who had found her in the orphanage surprised her with her first trip to Disneyland park. Not only did the ‘princess’ receive the royal treatment, but unbeknownst to her when she and her family returned home, the ‘princess’ was going to be further surprised with the news that she would be adopted and joining her family for a ‘happily ever after.’

What amazes to this day, is that Bibbidi Bobbidi Boutique is something that can be experienced at almost all of our Disney Parks worldwide, aboard the Disney Fantasy in the Disney Cruise Line fleet and even at Harrods in London, England.

So I invite you to help us celebrate the fifth anniversary of the Bibbidi Bobbidi Boutique opening at Disneyland park, as well as celebrating our locations around the world! How? Share your stories and photos with us on the Disney Parks Blog and across our other social channels. Tag your Instagram photos using #BibbidiBobbidi and we may just share them on our @Disneyland Instagram feed.