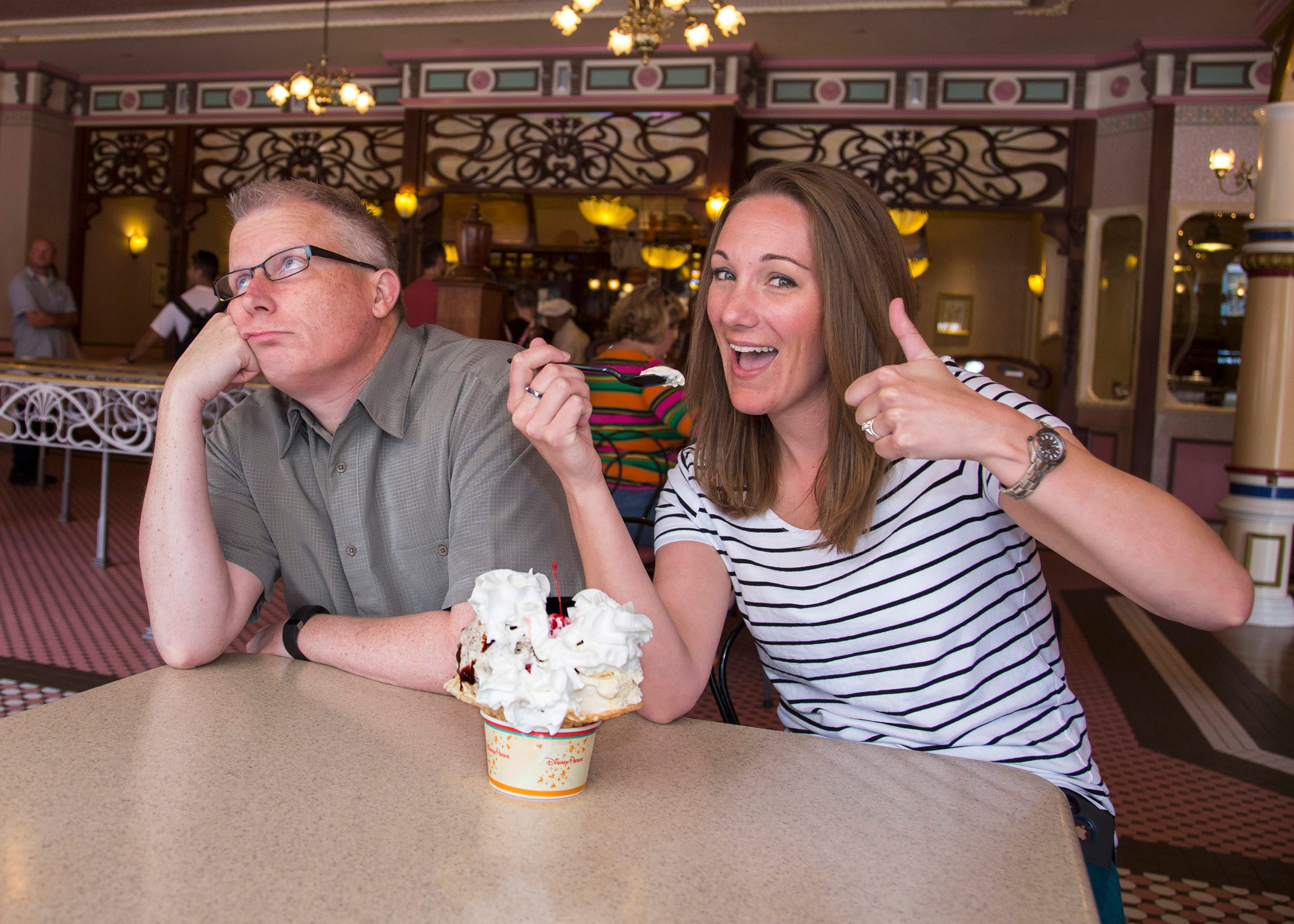 Yo ho yo ho, an ice cream sundae for me! That’s right – the Caribbean Pirates have claimed the first-ever March Magic victory on Facebook, making Disneyland the winning resort. You may remember that I made a little wager with my fellow Disney Parks Blog author, Gary Buchanan … If Walt Disney World won, he’d be doused by the world’s biggest Dole Whip (“big game” style) and if Disneyland won, he’d have to buy me the biggest ice cream sundae that Gibson Girl Ice Cream Parlor can make. Well, yesterday the time came for him to pay up! 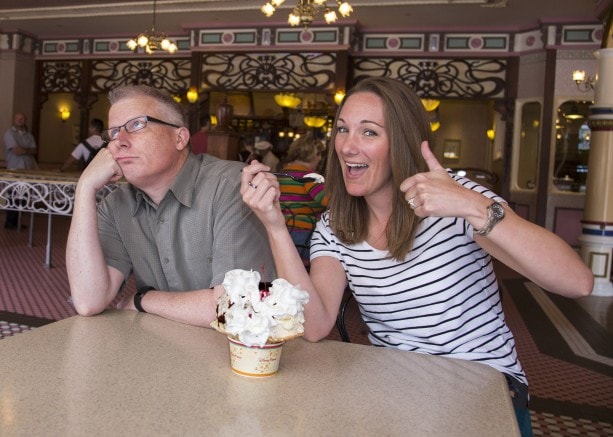 As fate would have it, Gary was visiting here at Disneyland this week so he was able to make good on our wager in person. Yes, I shared with him – after all, he’s a world-class sundae champion. And there was even enough for Disneyland Resort Chief Photographer Paul Hiffmeyer, who joined us and grabbed this photo.

Congrats to the Caribbean Pirates on their victory!