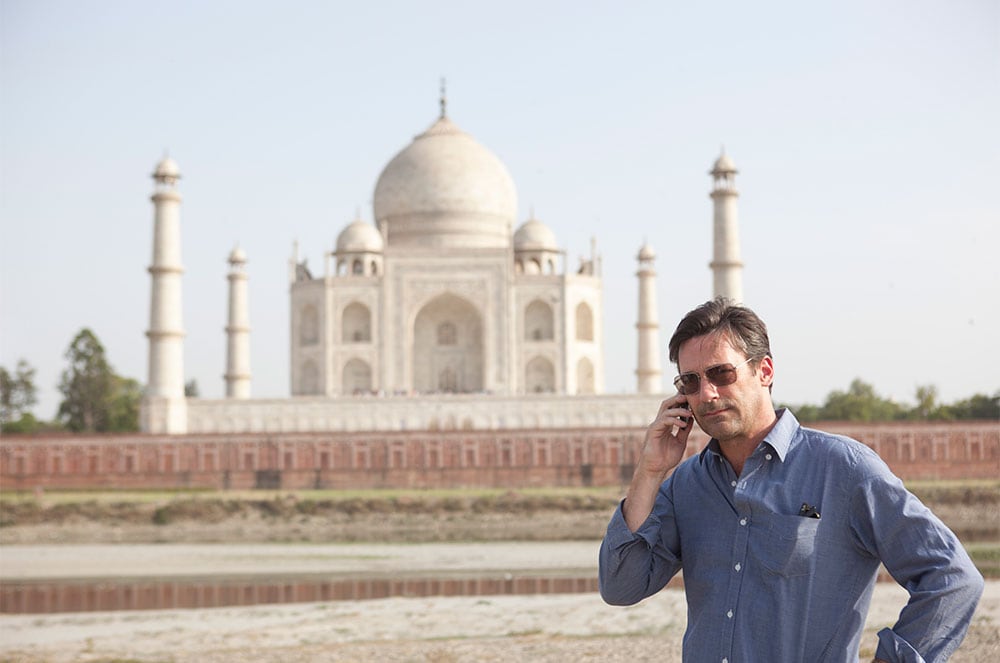 Do You Have Disney’s Million Dollar Arm?

Well, Walt Disney Studios is prepared to give that much money away as part of the world premiere of its new movie “Million Dollar Arm,” in which a sports agent (played by Jon Hamm) concocts a scheme to find a young cricket pitcher he can turn into a Major League Baseball star.

Walt Disney Studios is staging a contest on April 25th and 26th to find a real-life “million dollar arm” by offering guests (you have to be age 18 and over with no prior professional baseball experience) the chance to throw the fastest strike. Here’s how it works: Participants at three locations;­ Walt Disney World Resort, Disneyland Resort and New York City, get three chances to throw a baseball as fast as possible. Participants who throw the three fastest strikes at each location will be flown to the finals in Hollywood, Calif., where they will attend the world premiere of Disney’s “Million Dollar Arm” on May 6 and get a chance to compete for the grand prize. Any of the nine finalists who throws a 100-mph strike during their three attempts could potentially win the $1 million. Even if no one wins the $1 million, everyone who steps up to the mound will be a winner in some way. All contestants will receive complimentary tickets for themselves and a guest to an advance screening of the movie at a nearby AMC Theatre location. In addition, the nine finalists and their guests will be flown to Hollywood for the movie premiere and the final competition, plus treated like VIPs along with other movie stars, Major League players and Hollywood celebrities.

If you want your shot at the million-dollar prize, just show up at Downtown Disney at Disneyland Resort in Anaheim, ESPN Wide World of Sports Complex at Walt Disney World Resort near Orlando, Fla., or the Tribeca/ESPN Sports Day at the Tribeca Family Festival in New York City on April 25 or 26 (New York location available only on April 25) between 7 a.m. and 6 p.m. local time. You’ll need a valid U.S. identification card to complete and sign a registration form and release. Oh, and don’t forget your baseball glove and anything else you need to warm up.

You only have a couple of weeks to go, so start getting your arm ready. It could be worth $1 million!

Likes (0)
Share Do You Have Disney’s Million Dollar Arm?