If, like me and most Disney Parks guests, you’ve been on “it’s a small world” countless times, you may think you’ve seen every detail. I recently had the opportunity to tour the attraction here at Disneyland park on foot, giving me the time to stop and really take a look around. Since today is April Fool’s Day, it seemed like the perfect time to share some things that some guests might not have noticed while riding the happiest cruise that ever sailed. 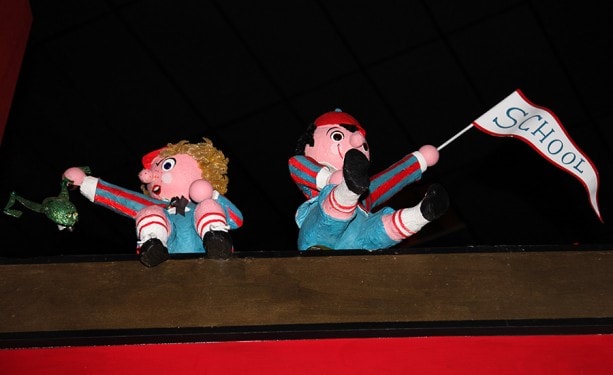 This one made me stop and laugh out loud. As the boat passes below the bridge in the Enchanted Isles scene, look up and see this schoolboy … um, playing? … with a frog. 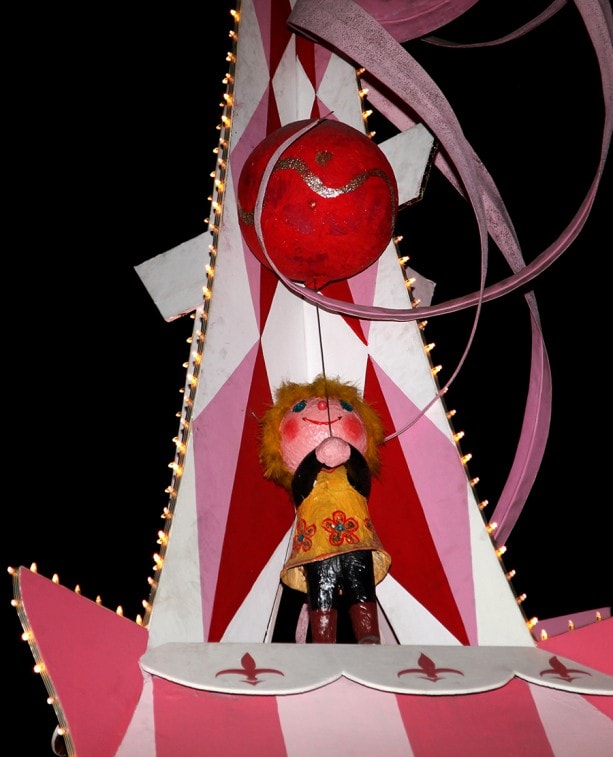 In the Western Europe scene, there is a little blonde doll holding a balloon halfway up the Eiffel Tower. She was created as a tribute to the attraction’s designer, Mary Blair. Notice the short blonde hair and groovy floral dress. Haven’t seen her before? It’s likely because riders’ backs are turned toward the side of the tower she sits on as the boat passes by. So next time you pass the Eiffel Tower, turn around and look up! 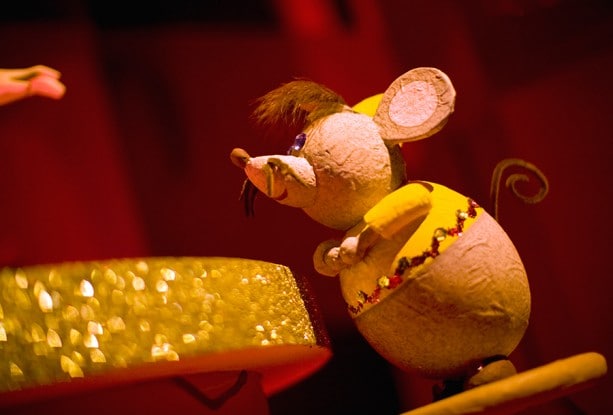 The figures in “it’s a small world” were designed to look like a children’s art project. Look closely at Jaq and Gus next time you pass them … their whiskers and tails are made of pipe cleaners. 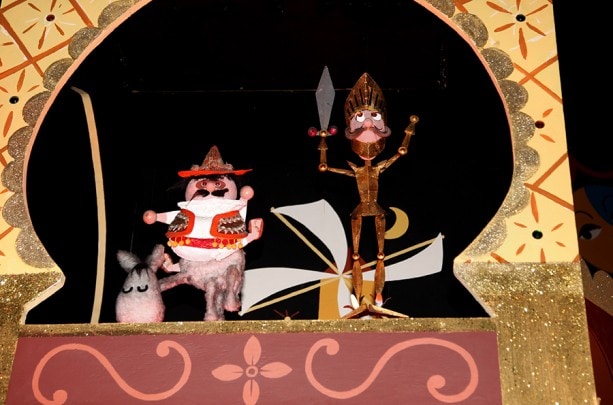 You literature and/or Broadway fans are probably way ahead on this one, but two of my favorite figures in “it’s a small world” appear in the Western Europe scene. Look up and to the left to see Don Quixote fighting his unbeatable foe (windmills), with his loyal sidekick Sancho Panza (astride his donkey, of course), from the Spanish novel “Don Quixote” by Miguel de Cervantes. Or “The Ingenious Gentleman Don Quixote of La Mancha” for those who aren’t really into brevity. 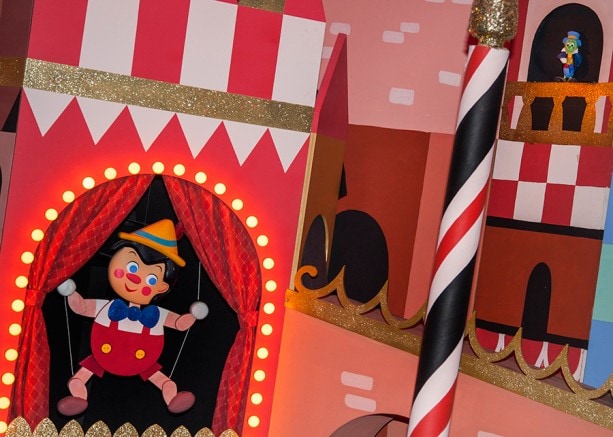 I’m usually too charmed by the Pinocchio marionette to see Jiminy Cricket just over his shoulder. He’s so tiny!

What are your favorite hidden details in “it’s a small world”? Let us know in the comments, and join the 50th anniversary celebration at SmallWorld50.com!