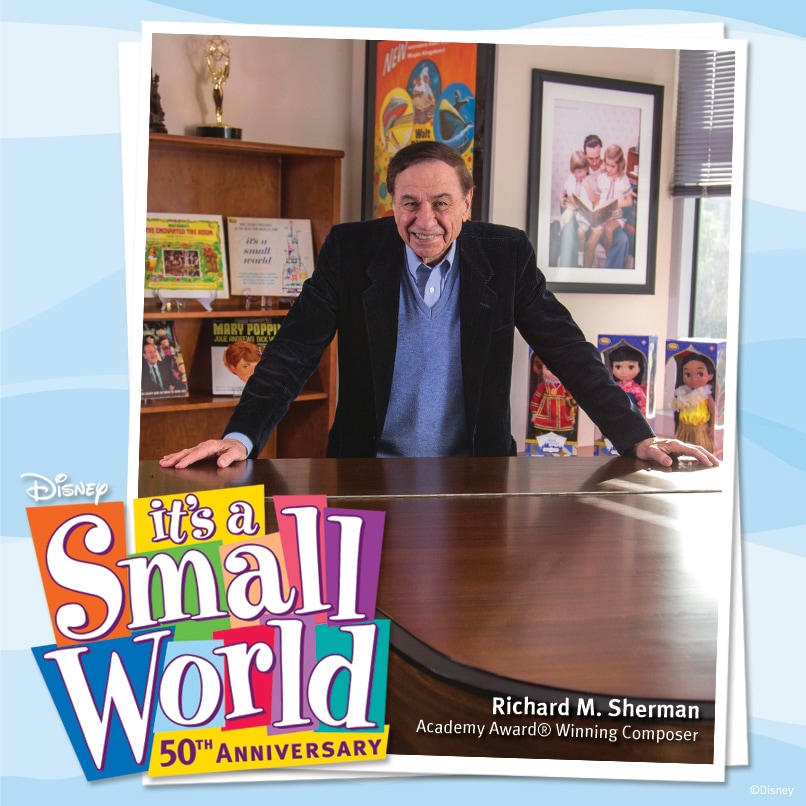 I can now say I have the #1 highlight of my Disney career: interviewing Disney Legend Richard Sherman. What an amazing day! I met him at the Walt Disney Archives in Burbank, Calif., where he sat at Walt Disney’s piano and played “it’s a small world,” the iconic song he wrote and composed with his late brother, Robert. He’s very proud of the song’s meaning and very serious about its impact on the world. He talks more about it in the video below. As you would imagine, he was a pure delight. He was kind and funny, and after the interview he played more of his classics for the room. I hope this video captures that unforgettable day. Enjoy!

Destinations: ‘it’s a small world’ is More Than a Song for Disney Legend Richard Sherman