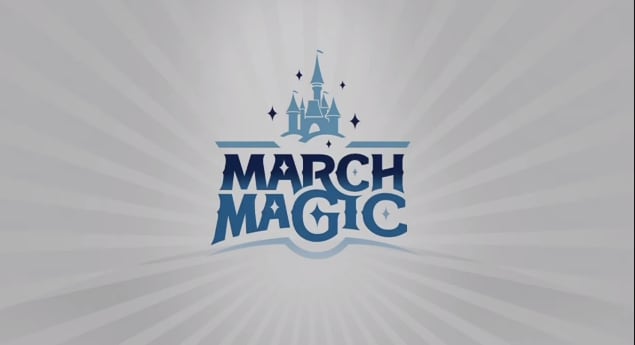 Our first-ever March Magic Tournament is underway right now on the Disneyland and Walt Disney World Facebook pages, and the competition is fierce. So far in the semi-finals, we have the Space Mountain Rockets here at Disneyland Resort, and the Star Tours Troopers at Walt Disney World Resort. Who will they face off against? It’s up to you!

My fellow Disney Parks Blog correspondent, Gary Buchanan, and I recently spoke with key players on the Thunder Mountain Miners and Hollywood Tower Hotel Lightning to get their thoughts on the competition so far. Hear what they had to say in the video below.

And Gary – I’ve got a challenge for you. If Walt Disney World wins the final showdown, I think you deserve to be doused by the world’s biggest Dole Whip … “big game” style. But if (or should I say WHEN) Disneyland wins, you get to buy me the biggest ice cream sundae that Gibson Girl Ice Cream Parlor can make. Do we have a deal?