Oswald the Lucky Rabbit Makes His Debut at Tokyo DisneySea

Oswald the Lucky Rabbit was Walt Disney’s first animated star, appearing on screen before even Mickey Mouse. After a long absence, Oswald is back home with his Disney family and has made his official debut at Disney Parks! Arriving just in time for the spring celebrations at Tokyo Disney Resort, Oswald has found a special place to meet his fans and make new friends. Over the years, Oswald’s adventures have taken him around the world and through a variety of occupations, from trolley conductor to lifeguard. In the Cape Cod section of American Waterfront at Tokyo DisneySea, he’s playing the role of a farmer greeting friends at his charming little produce stand, stocked with fresh eggs and flowers for the season. 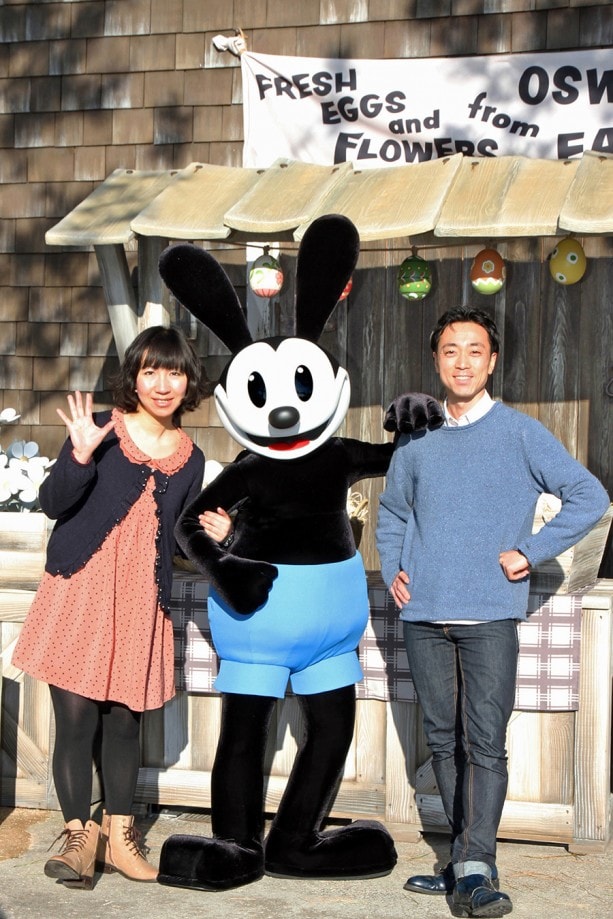 Oswald considers himself one lucky rabbit to have finally made it to Disney Parks, and he’s just silly with excitement to meet everyone coming to Tokyo Disney Resort this spring!