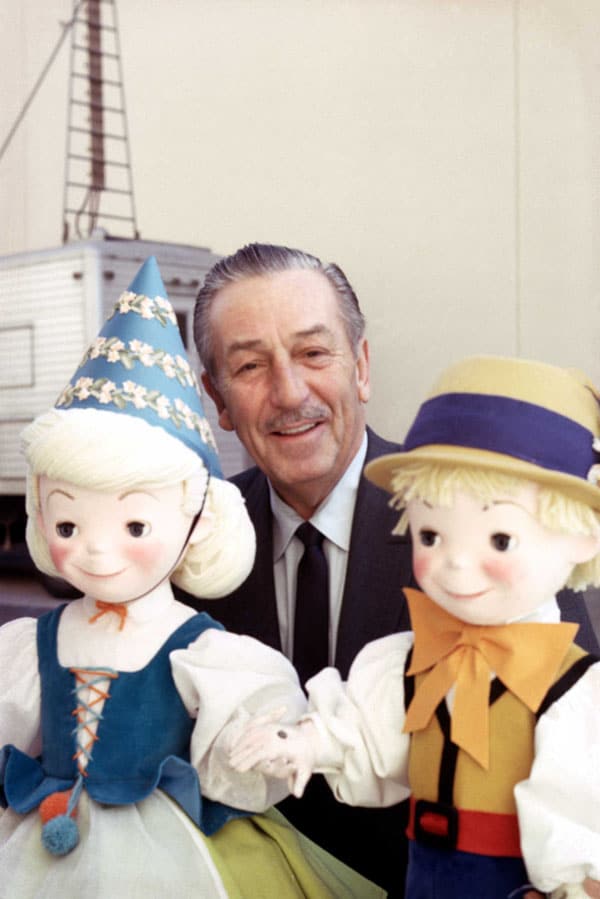 Rare Photos: Walt Disney and the Debut of ‘it’s a small world’

We have some really great, rare color photos of Walt Disney as he revealed some of his plans for “it’s a small world” at the 1964-65 New York World’s Fair. 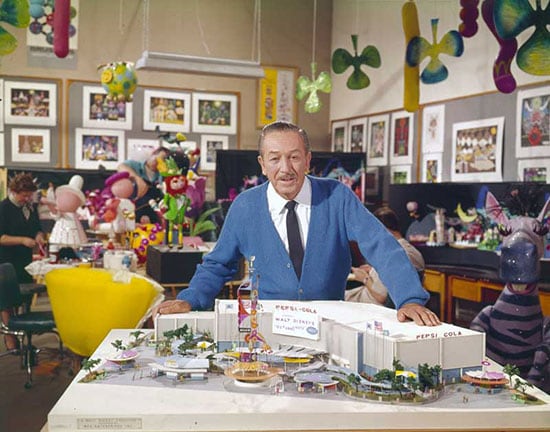 The first image was taken while Walt filmed the “Wonderful World of Color” episode, entitled, “Disneyland Goes to the World’s Fair.” Here he is sharing the model of the attraction as it appeared in New York. I really like looking at all the activity going on behind Walt in this image. I certainly recognize some familiar ‘small world’ faces in the background. 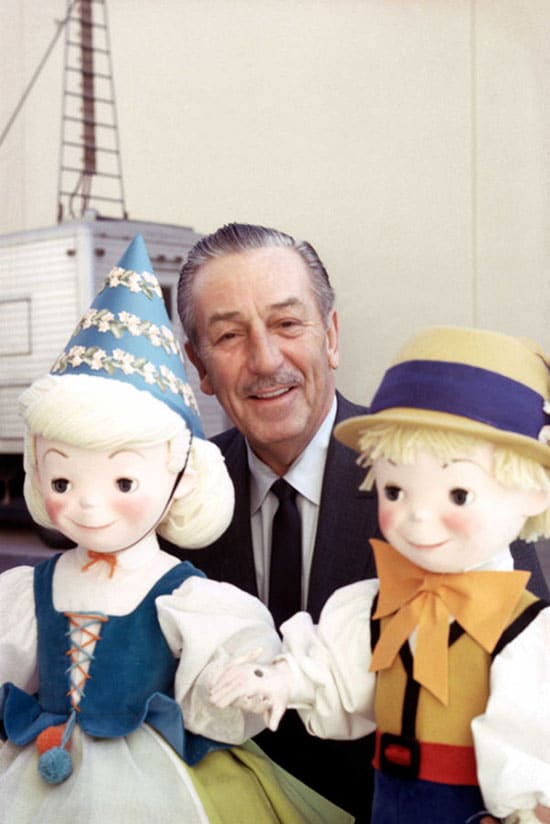 This next photo was taken outside a soundstage at The Walt Disney Studios in Burbank, presumably during production of another television segment for “it’s a small world.” This last photo is a personal favorite of mine. It shows Walt with Disney Legends Marc Davis and Mary Blair. Walt is admiring a figure from the attraction that seems to bear a remarkable resemblance to Mary! Have you noticed this one inside the attraction at Disneyland park? My colleague, Erin Glover has included her exact whereabouts in a great post from earlier this week.

Remember to visit SmallWorld50.com to join in the fun of our celebration!