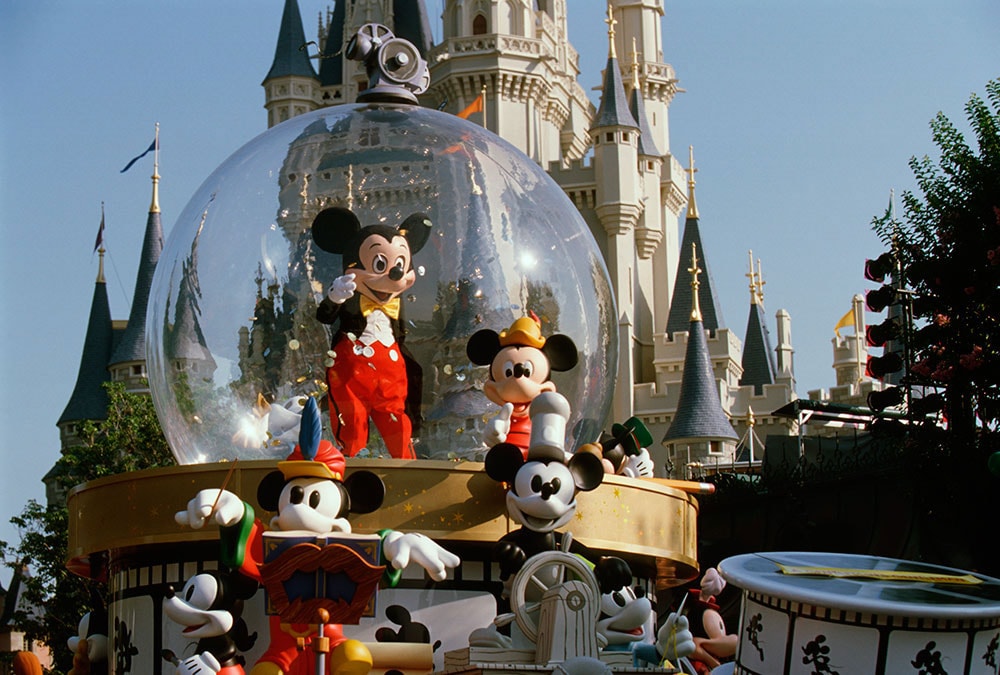 The “Share A Dream Come True” parade made its debut at Magic Kingdom Park on October 1, 2001, just in time for Walt Disney World Resort’s 100 Years of Magic Celebration, which celebrated the 100th anniversary of Walt Disney’s birth. 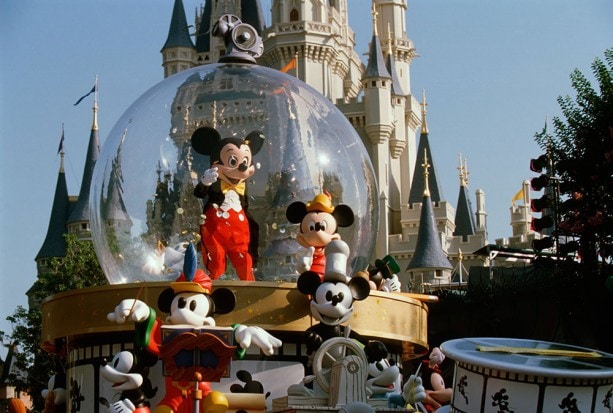 The parade kicked off with a mini float, upon which a performer dressed as an animator sketched Mickey Mouse at his desk and was followed by a string of floats that each showcased a different Disney film. Each float, designed as a life-sized snowglobe, contained a scene from a Disney film that was being recreated right before your eyes, such as the magic carpet scene from “Aladdin.” The procession also featured a Villains float, in which the Chernabog held the giant snowglobe, which was occupied by other Disney villains, including Captain Hook, Cruella DeVille and Jafar, among others.

For more from the “Step in Time” series, read the posts below: