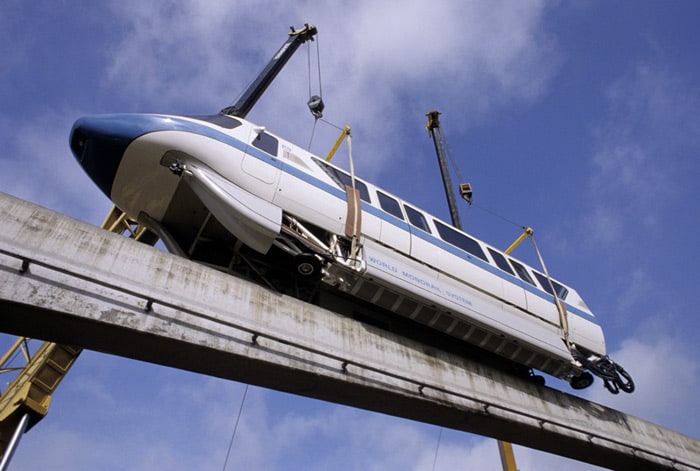 The Mark VI Monorail made its debut at Walt Disney World Resort in June 1989. Below is a look at one of the first trains being loaded onto the monorail track. 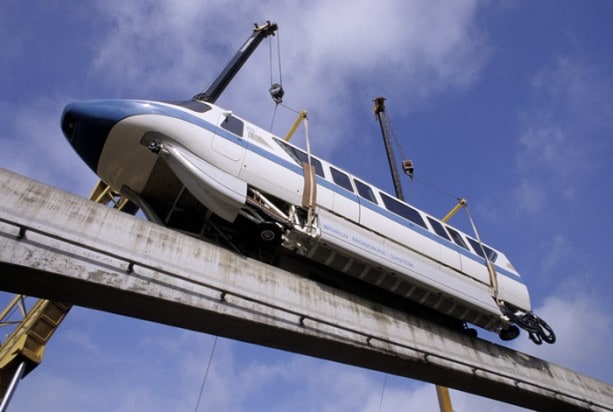 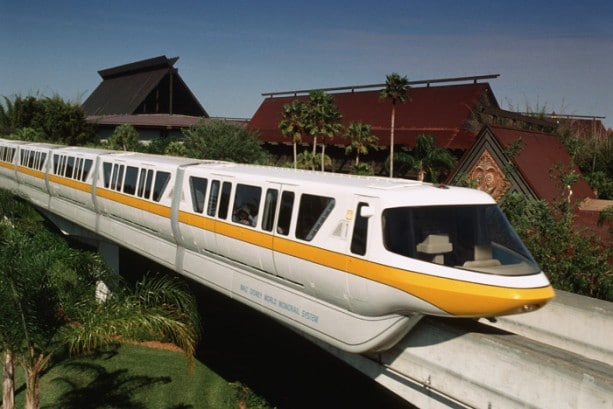 The first two Mark VI Monorails were operated and tested at night without guests until December 1989 when Monorail Blue started transporting guests. This new fleet of monorail trains, built by Bombardier, increased guest capacity by 30 percent. 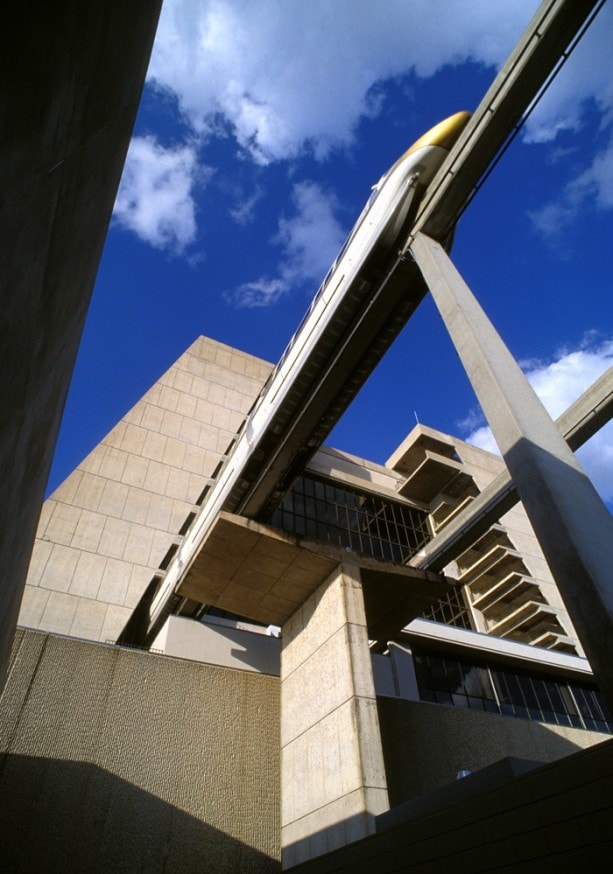 See the posts below for more on the history of Monorails at Disney Parks: