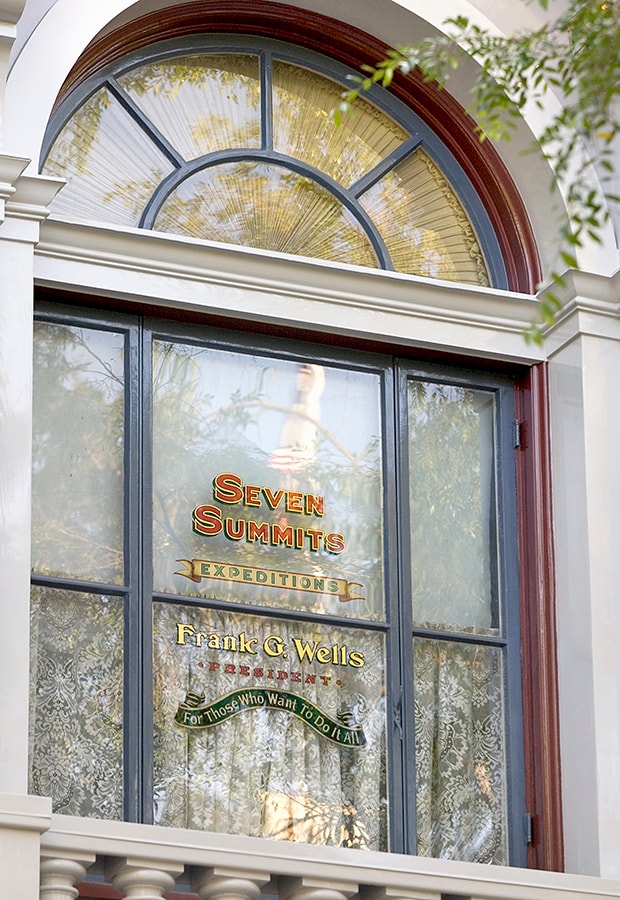 Frank Wells joined The Walt Disney Company as president and chief operating officer in September 1984. He was known throughout the company as a friendly, kind soul who was always approachable and open to ideas. He and Michael Eisner, chairman and chief executive at the time, were a great team. Their working relationship is often likened to that of Walt and Roy Disney; Frank handling the details and Michael in the public eye. It was a true partnership. 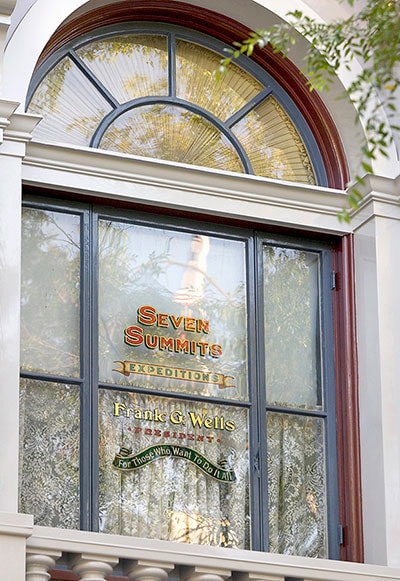 During Frank’s 10-year tenure with Disney, the company experienced unprecedented growth and revitalization. Annual revenues rose from $1.5 billion to $8.5 billion. Disney stock prices increased by 1,500 percent, and the theme park and resort revenues tripled. Disney Consumer Products revenues rose 13-fold and Disney film entertainment revenues jumped 15-fold. Michael and Frank, along with studio head Jeffrey Katzenberg, helped make Disney one of the most successful film studios in the world and re-established its dominance in animated feature films with a series of hits that included “The Little Mermaid,” “Beauty and the Beast” and “Aladdin.”

As a key supporter of Disneyland Paris, Frank expanded the company’s international presence. In 1994, Michael Eisner said, “Fortunately for all of us at Disney, Frank was a buccaneer in the office. He was smart, prudent, a dealmaker and a great closer. He was always supportive of a great idea, whether it was swans on the outside of a building or ‘ducks’ for the name of a hockey team.”

Frank was born on March 4, 1932, in Coronado, California. He was the son of a naval officer and spent his childhood on Navy bases in California and on the East Coast. He graduated from Pomona College and attended Oxford University as a Rhodes Scholar in jurisprudence. He then served two years in the United States Army, attaining the rank of first lieutenant, before attending Stanford Law School.

Frank worked hard and played hard. He was an environmental enthusiast and an avid mountain climber. In 1983, he set out to climb the highest mountain on each of the world’s seven continents within a single year. He scaled six, but weather forced him to turn back near the top of Mount Everest. His mountaineering exploits are chronicled in his book, “Seven Summits,” published in 1986. There is a tribute to Frank and his love of mountain climbing in the Matterhorn Bobsleds attraction at Disneyland park, where mountain climbing equipment bearing the name “Wells Expedition” can be seen.

On April 3, 1994, Frank Wells died in a helicopter accident in Nevada; he was 62 years old. A building at The Walt Disney Studios was later dedicated in his memory. The Frank G. Wells building opened in 1998, with a ceremonial ribbon cutting by his wife Luanne and Michael Eisner. Beside the building’s entrance, a plaque contains a quote that Frank carried on a slip of paper inside his pocket for thirty years: “Humility is the final achievement.”

Frank was named a Disney Legend in 1994. He was also honored with a window on Main Street, U.S.A., above Disneyana. His window, dedicated in 1996, pays homage to his love of adventure: Seven Summits Expeditions, Frank G. Wells, President, “For Those Who Want To Do It All.”