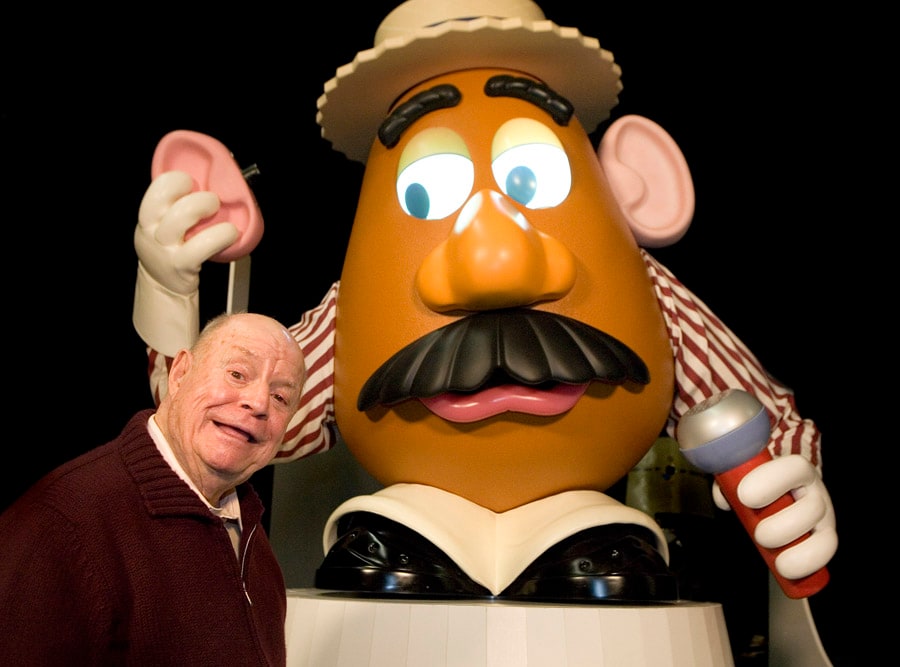 A Look Back at Celebrated Disneyland Resort Guests: Don Rickles – 1974 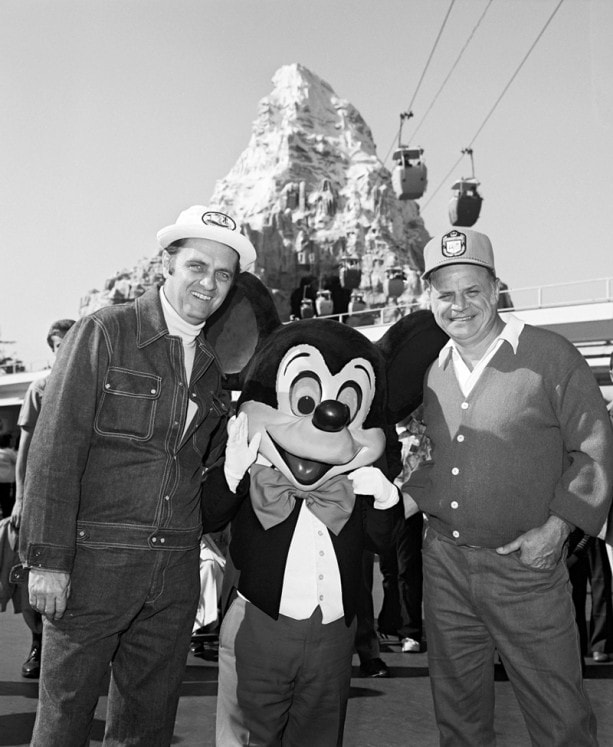 This 1974 picture features Don Rickles and his longtime pal, Bob Newhart, posing with Mickey Mouse in Tomorrowland. I can only imagine what Mickey overheard standing between these two funnymen.

Years later, of course, Mr. Rickles would become known to Disney fans as the voice of Mr. Potato Head in the Disney•Pixar “Toy Story” films. 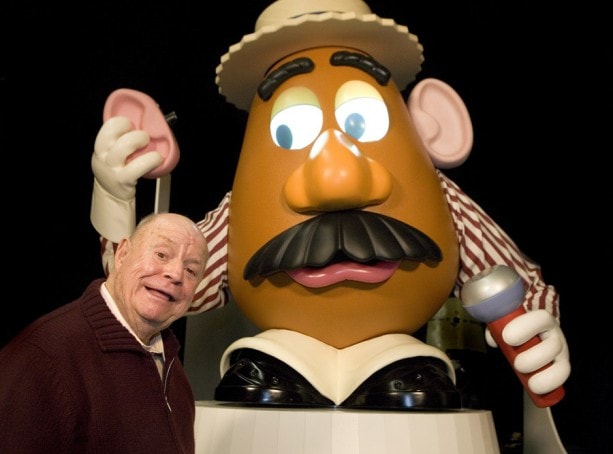 This next photo was taken at Walt Disney Imagineering as the creative forces behind Toy Story Midway Mania! unveiled the Mr. Potato Head Audio-Animatronics figure to the man who gave him his distinctive voice. Mr. Rickles said they did a “magnificent job” bringing the character to life and he was especially happy to have his young grandchildren there to see it with him. It was on this day in February 2008 that I first met Mr. Rickles, quickly finding myself on the receiving end of his rapid-fire wit. I was thrilled, to say the least, and I still wear his playful insults as a badge of honor!

Mr. Potato Head is a registered trademark of Hasbro Toys.