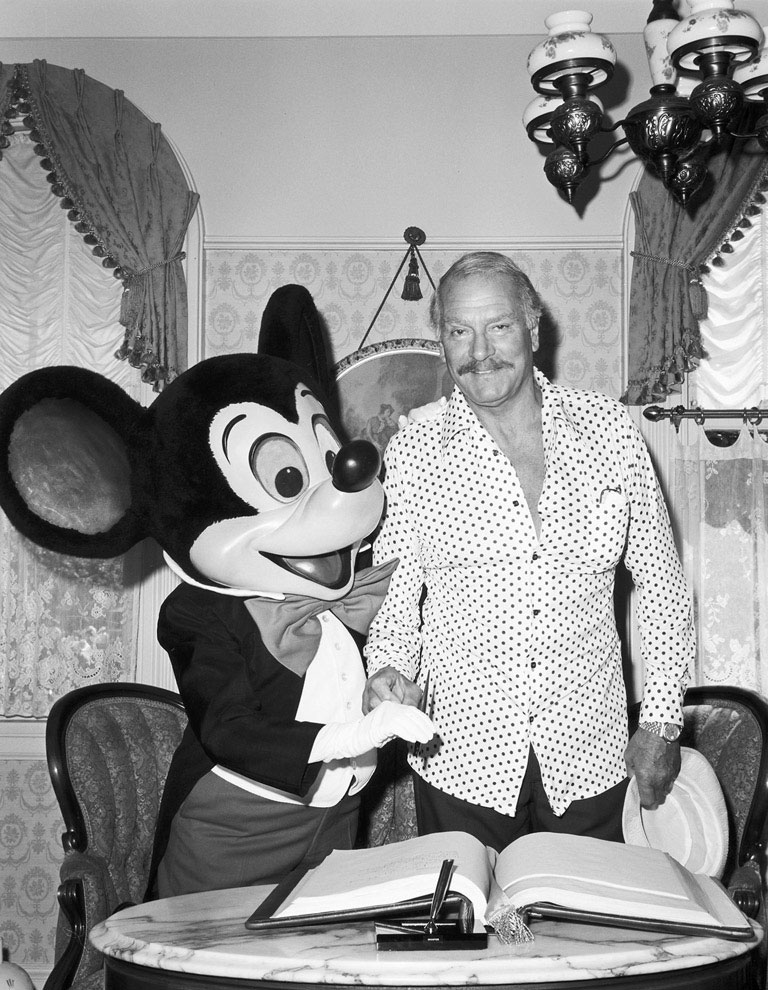 A Look Back at Celebrated Disneyland Resort Guests: Laurence Olivier – 1976

Sir Laurence Olivier was born on this day in 1907. Widely regarded as the greatest actor of the 20th century, he was a prolific master of stage and screen who captivated audiences in both classical and modern works during his decades-long career. This photo with Mickey Mouse was taken inside Disneyland City Hall as Mr. Olivier signed our Guest book during his only known visit to Disneyland park in August 1976.