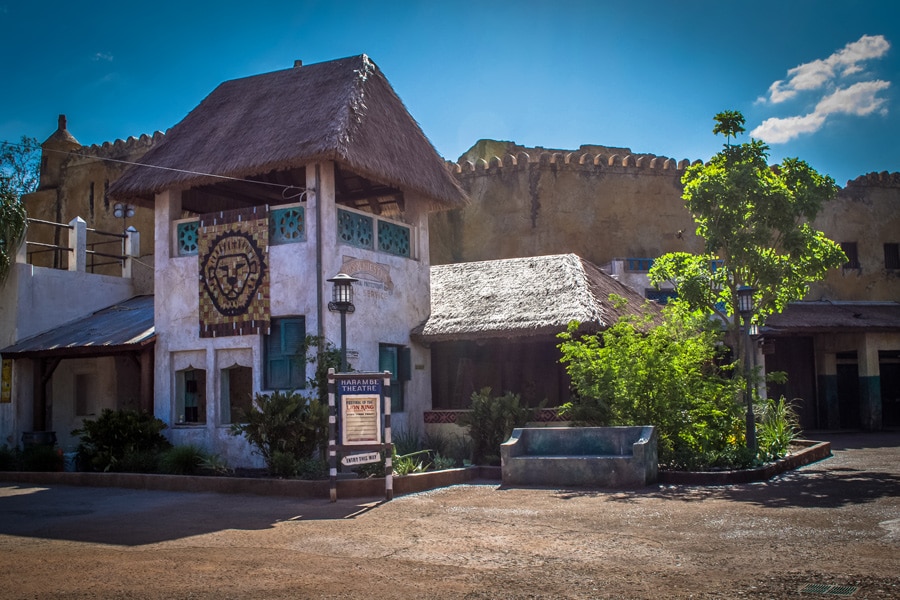 This week, we continued our ongoing series of Disney Parks Blog stories featuring Seven Dwarfs Mine Train with a time-lapse video of the attraction rising out of the ground at Magic Kingdom Park.

Seven Dwarfs Mine Train will officially open its doors in New Fantasyland at Magic Kingdom Park on Wednesday, May 28. And as Shawn told us, The Harambe Theatre is nearing completion in the Africa section of Disney’s Animal Kingdom. When it opens in June, the theater will be the new home for the popular show, “Festival of the Lion King.” This week, we shared a first look at the new theater.

Showing Mom’s ‘Disney Side’ at Disney Parks – Have something planned at a Disney Park with mom this weekend? Watch how you can create some special memories and show your ‘Disney Side’.

Windows on Main Street, U.S.A., at Disneyland Park: Bill Evans – Learn the legacy of Bill Evans, The Disney Legend responsible for much of the landscaping design at Disneyland and Walt Disney World Resort.

Spotlight on Cherry Tree Lane Coming to Marketplace Co-Op at Downtown Disney in 2014 – Get a preview of some of the high-end boutique items that will be offered at Cherry Tree Lane, opening later this year.

Five Types of Cruisers You Meet on Every Disney Ship – Natalie Bailey, Cruise Director, shares some fantastic photos of what you can expect to see aboard a Disney Cruise.

Point of View: Rainbow Reef at Aulani, a Disney Resort & Spa – Go “under the sea” with some colorful fish in this snorkeling video of Rainbow Reef.