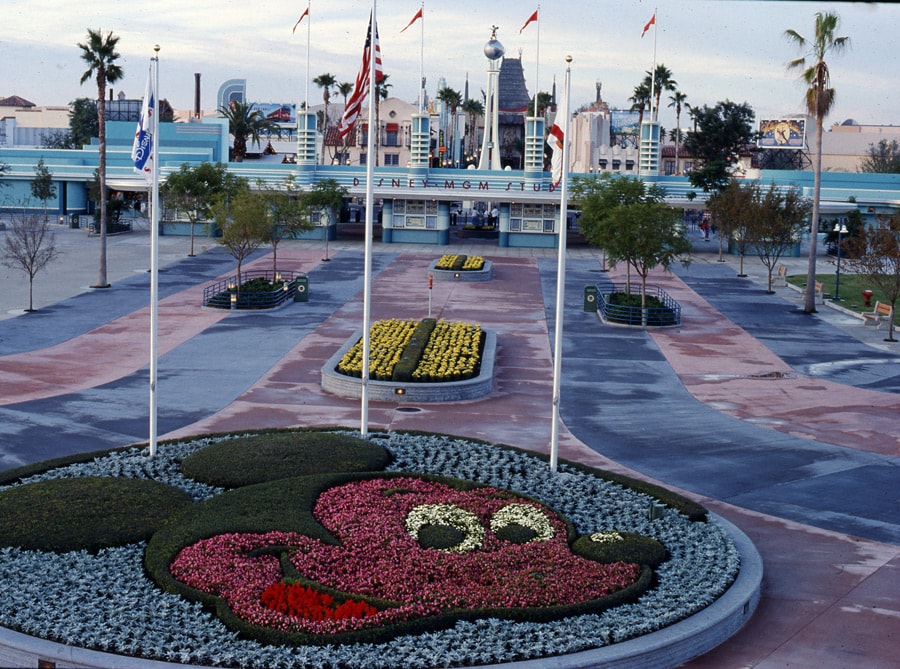 Places, everyone! Today, Disney’s Hollywood Studios celebrates 25 years of Hollywood glamour and glitz right in the heart of Florida. Here’s a look at the park’s entrance 25 year’s ago with its original moniker, Disney-MGM Studios, on its marquee. When the park opened, there were nine attractions for guests to enjoy: Backstage Studio Tour, Catastrophe Canyon, Disney Classics Theater, The Great Movie Ride, The Magic of Disney Animation, The Monster Sound Show, Residential Street, SuperStar Television and Hollywood! Hollywood! at Theater of the Stars. Here’s a unique look at Hollywood Blvd. just prior to opening day. 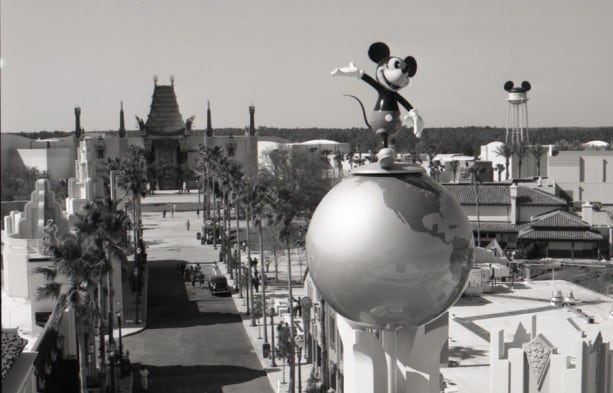 Still after 25 years of showbiz, there’s always a chance you’ll have a celebrity sighting while visiting the park. (Ok, world-famous character celebrity – but it counts!) 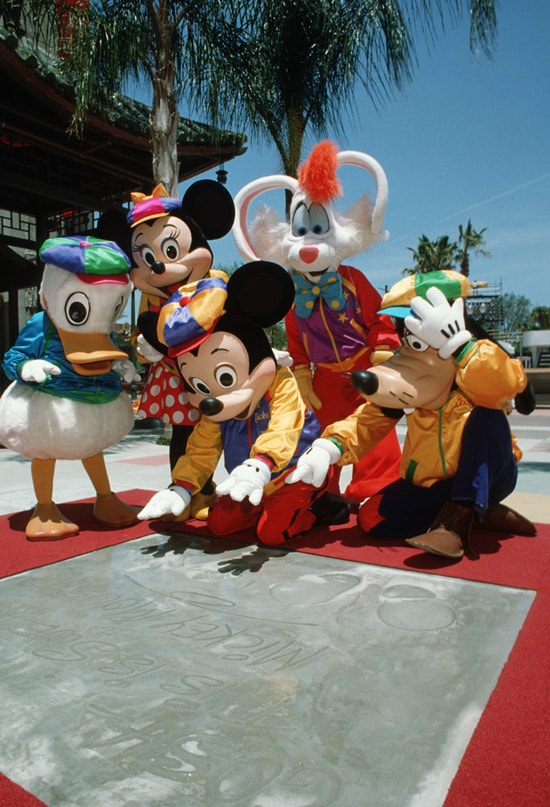