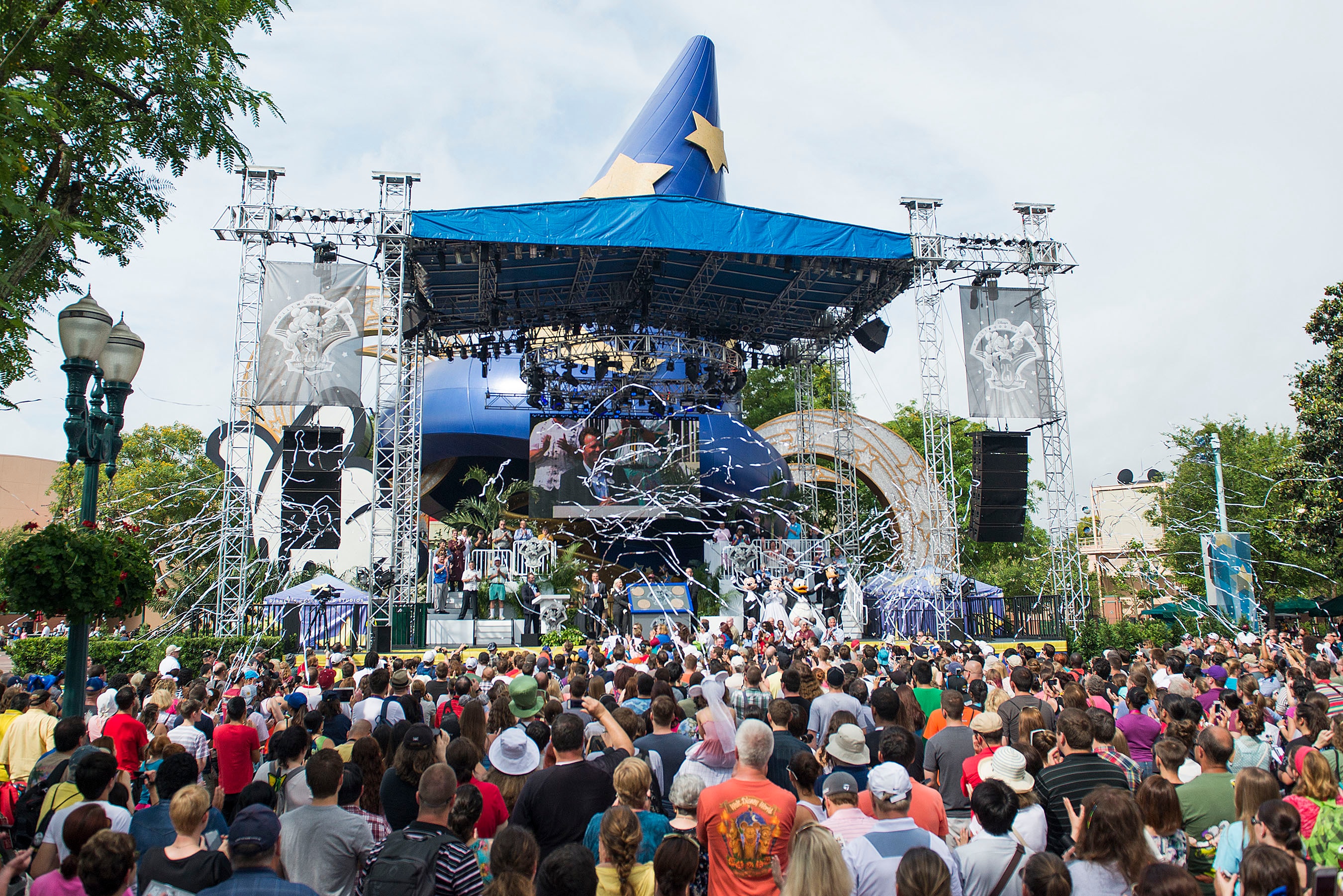 The milestone was marked with a ceremony led by Dan Cockerell, vice president of Disney’s Hollywood Studios, who was joined on stage by Mickey Mouse, Minnie Mouse, Goofy and Donald, as well as a handful of Disney cast members who have worked at the park for 25 years. One of these cast members was Donn Lamkin, an Entertainment cast member who also hosted the original opening ceremony for the park back in 1989 (he now performs in the “Lights, Motors, Action! Extreme Stunt Show”).

The festivities will continue tonight with a special Disney character motorcade, a dance party and fireworks spectacular.

Guests could also pick up special cupcakes and anniversary merchandise as a part of the celebration.

See the posts below for more on Disney’s Hollywood Studios: