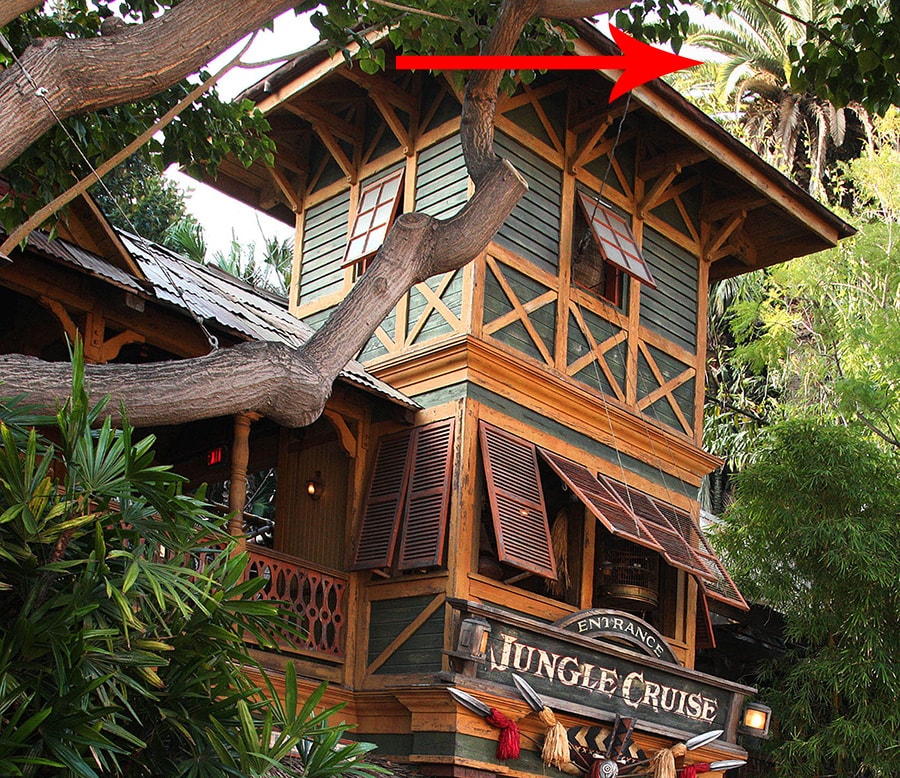 Five Things You Might Have Missed in Adventureland at Disneyland Park

While walking around Disneyland park the other day, a colleague pointed something out that I had never noticed before in the queue for Indiana Jones Adventure. This got me thinking … what else could someone miss while exploring Adventureland? 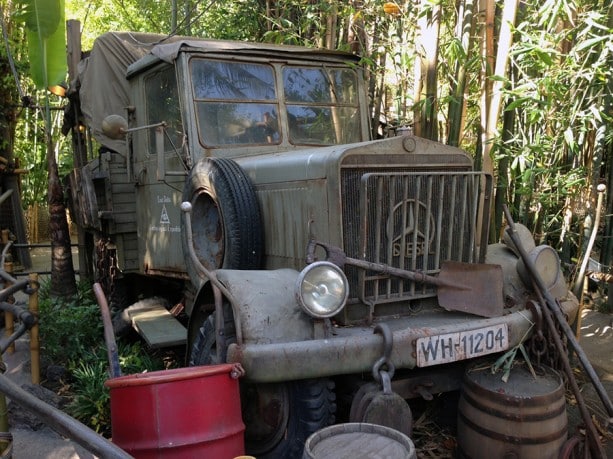 In the outside queue area of Indiana Jones Adventure is one of the patrol trucks used in the filming of the first Indiana Jones movie, “Raiders of the Lost Ark.”

2. A photograph of Tarzan’s parents in Tarzan’s Treehouse – It’s a little challenging to find, but once you cross the bridge onto the Disneydendron semperflorens grandis (“large ever-blooming Disney tree”), you’ll find a small hut that has been ransacked by the villainous Sabor. On the floor, you’ll find an old photograph of the young family.

The palm tree right next to the entrance to the Jungle Cruise – believe it or not – dates all the way back to 1896! When Walt Disney bought the property that would become Disneyland, he promised the owner that he would not remove the tree because of its sentimental value to the family. Disney Legend Bill Evans, who guided the landscape design of many Disney Parks, moved the tree to the Jungle Cruise entrance, where it proudly stands today.

4. Eeyore Parking Lot Sign in Indiana Jones Adventure Queue – Once you enter the Temple of the Forbidden Eye and reach the Projection Room, turn behind you and look up. Next to the projector, you’ll be able to faintly see a sign from the now-defunct Eeyore parking lot. The space that is now Indiana Jones Adventure was once home to the Eeyore parking section of the Disneyland parking lot!

5. Shrunken Ned in the Adventureland Bazaar

Located in the center of the marketplace, South Sea Traders is home to one of my favorite people in all of Disneyland park, Shrunken Ned. Housed inside a bamboo kiosk, Shrunken Ned is the magically shrunken head of a 19th century British explorer, who – for a small fee – will diagnose any illness and provide a small souvenir!

What is your favorite hidden detail in Adventureland at Disneyland park? Let us know in the comments below!

Destinations: Five Things You Might Have Missed in Adventureland at Disneyland Park