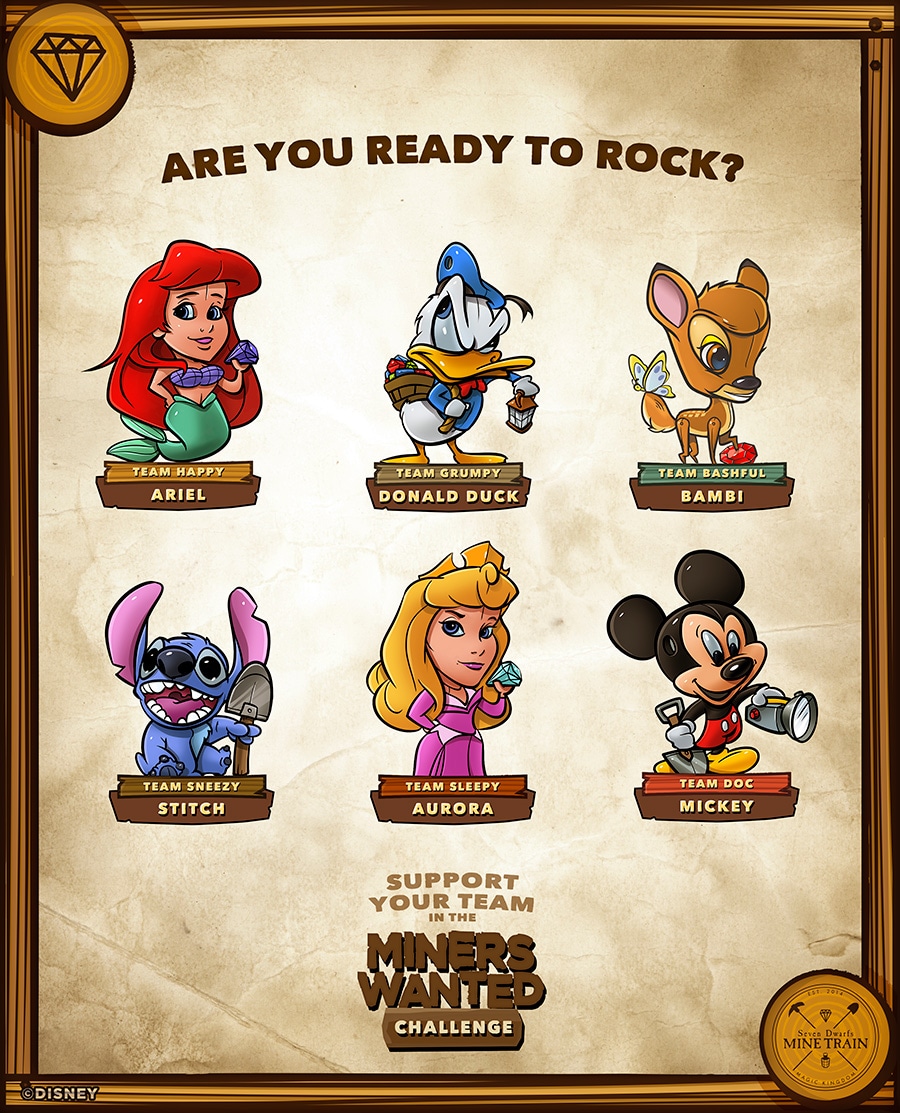 Throughout the month of May, Walt Disney World Facebook fans have been participating in the Miners Wanted Challenge. In Round 1, fans chose which Disney animated character (or parks-inspired character) should join each of the Seven Dwarfs’ mining teams by voting on Facebook. 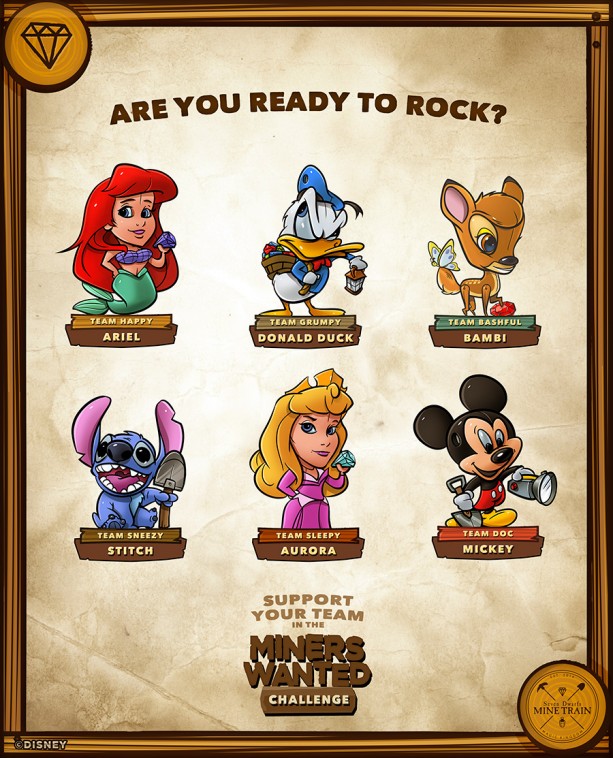 Today we are excited to present the six finalists, who have been transformed into toy miners.

Starting tomorrow, these toy miners will be put to the test in different Mining Challenges and we need you to vote on who will be crowned our new miner. You can vote on each daily Mining Challenge by visiting the Walt Disney World Facebook page, or on Twitter by tweeting the name of the character plus the hashtag #MinersWanted.