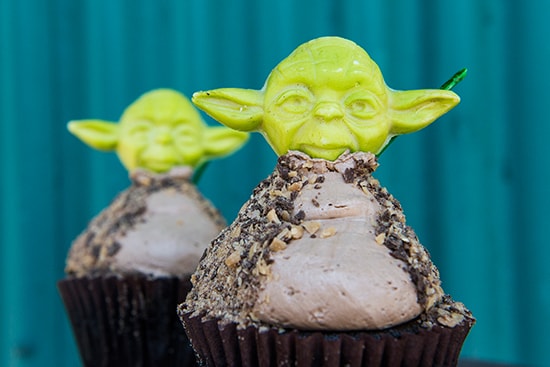 Available only at Disney’s Hollywood Studios, and only through June 15, chocolate fans will have a hard time deciding between the two (you can always buy one of each and share). The chocolate Darth Vader cupcake also has a little peanut butter in the topping, while the chocolate Yoda cupcake features a rich hazelnut buttercream frosting with a sprinkle of crunchy chocolate-toffee.

Both cupcakes are $5.19 and on the Disney Dining Plan.