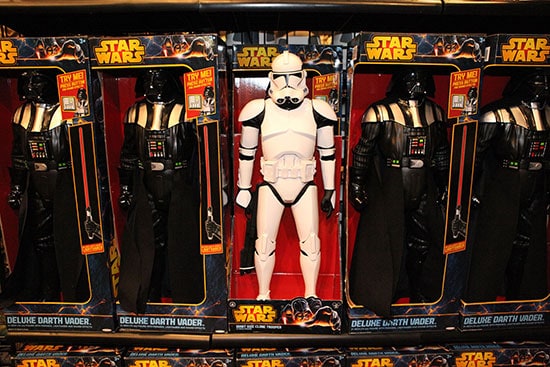 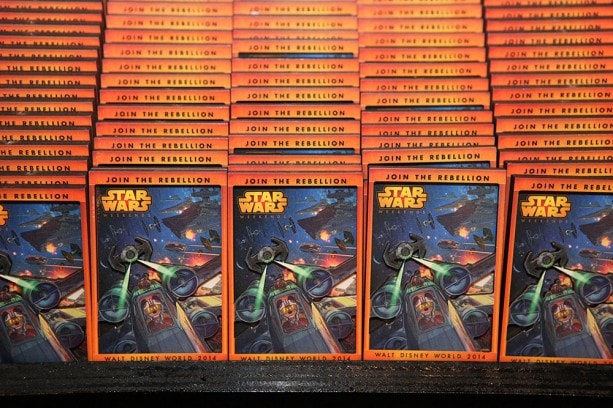 Star Wars Weekends 2014 returns to Disney’s Hollywood Studios at Walt Disney World Resort starting May 16. You may recall I shared a first look at some merchandise created especially for this event along with details about the fan-favorite Star Wars – D-Tech Me Experience. This year, these items and more will be found in Darth’s Mall, the out-of-this-world merchandise shop located in Soundstage 1 between Studio Backlot Tour and Toy Story Midway Mania. I recently visited the location as the merchandise team was putting on the finishing touches. Here are a few images of some of my favorite things I found.

Toys have been an important part of Star Wars ever since Star Wars: Episode IV A New Hope debuted in theaters in 1977. I was happy to see several new toys not previously discussed including a new wave of Disney-Pixar’s Cars as Star Wars characters and a giant clone trooper that is unique to Disney Parks. 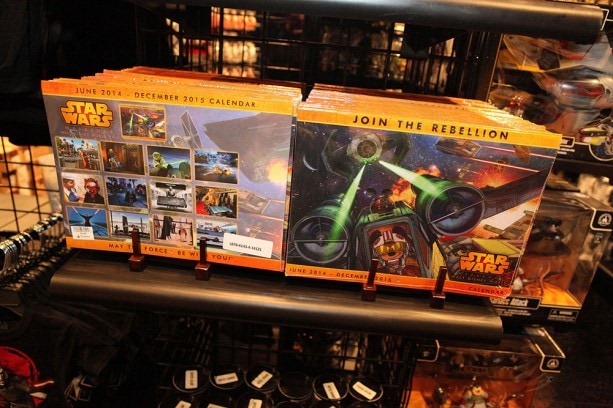 Other favorite items include a calendar that contains marketing artwork for Star Wars Weekends, light-up glasses and reusable tote bags. There will also be several new apparel items including items from Ashley Eckstein’s incredible Her Universe line. I love the dress that reminded me of bed sheets and curtains I once had as a child! 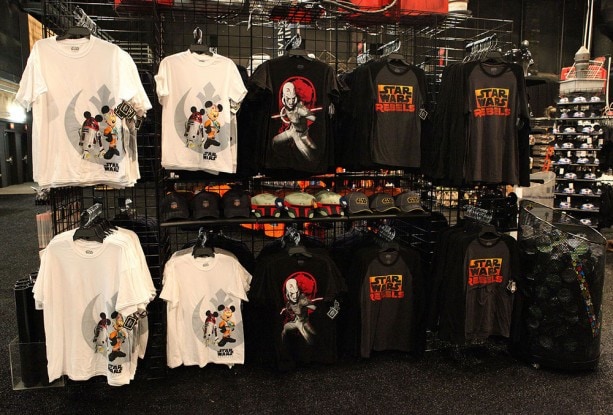 Speaking of apparel, we will be offering select Star Wars Rebels shirts on our Disney Parks online store from May 16-22. These will be the same shirts offered at Darth’s Mall, just in case you aren’t able to attend the event this year. Visit http://www.DisneyStore.com/ParkEvents to place an order.

I hope to see you at Star Wars Weekends!