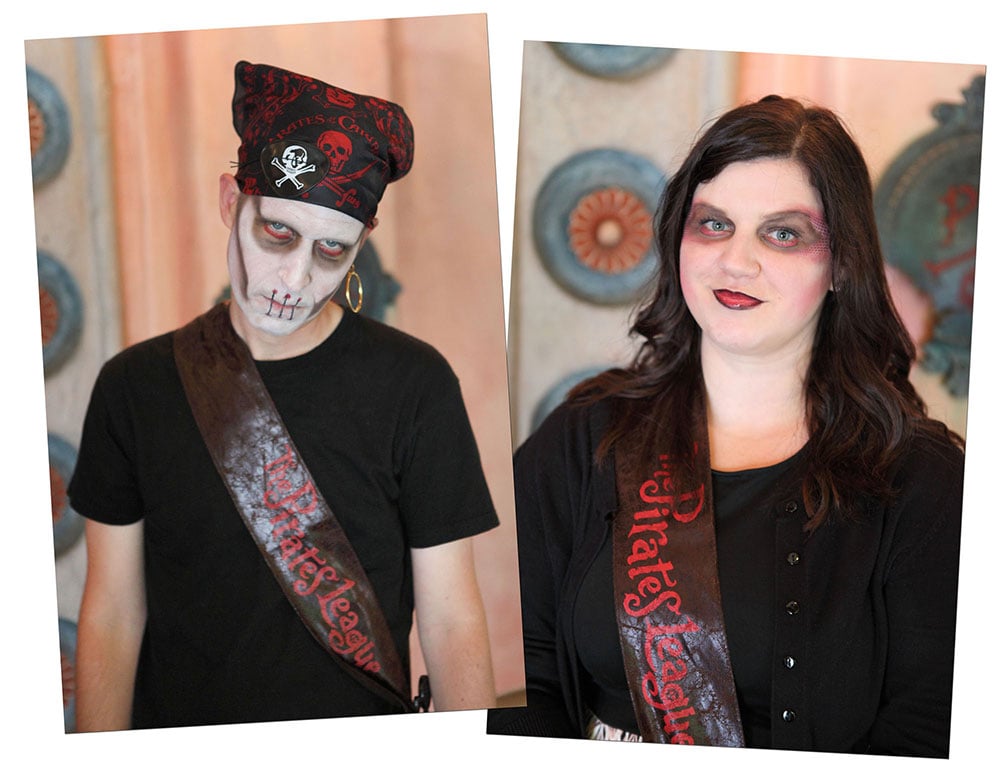 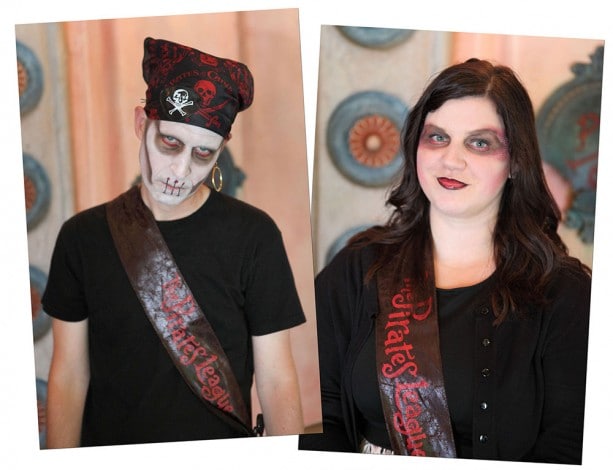 This year, The Pirates League in Adventureland celebrates five years at Magic Kingdom Park. I had so much fun being transformed into a pirate in 2011 that I thought today would be a perfect day to show my pirate Disney Side again. This time, I convinced my fellow teammate Katie Thompson to join me as we were transformed into a zombie and a sea siren, respectively. 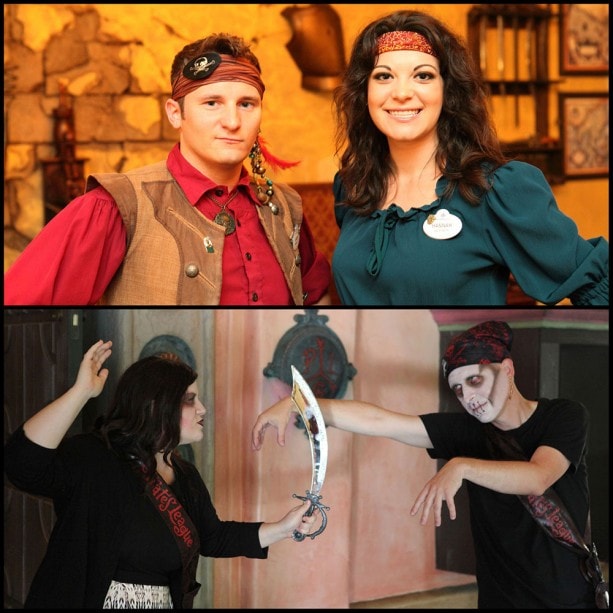 Typically, these looks are only offered during the Halloween season. They are, however, being offered today as part of the Rock Your Disney Side event. The Pirates League will also have extended hours from 6-10 p.m. tonight. I invite you to stop by the location next to Pirates of the Caribbean attraction if you’d like to join Captain Jack’s crew. You can also make reservations by calling 407-WDW-CREW (407-939-2739).

Special thanks to our Pirate Masters Jason and Hannah who made us look great. Katie and I had a blast! Yo ho!