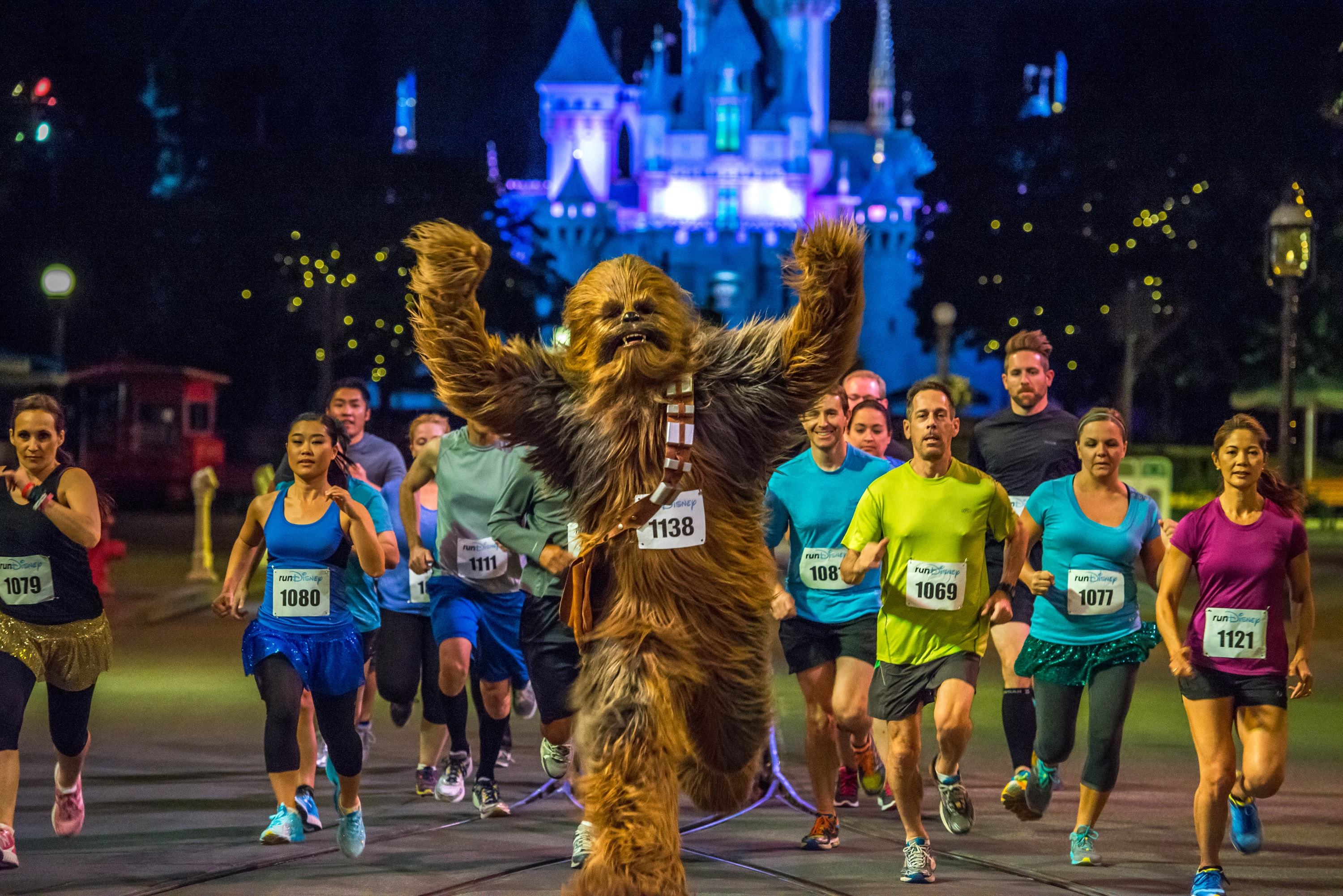 It was the summer of 1977, and I swear I saw “Star Wars: Episode IV” at least 10 times in the movie theater. Let’s face it, there was not a lot to do in Southeast Iowa. But I was hooked, especially the first time the Millennium Falcon made the jump to light speed. SO COOL!

So you can imagine my excitement when the team told me we got approval to do a Star Wars-themed runDisney weekend at Disneyland Resort, January 15-18, 2015! I was equally geeked when our advertising team took a scene from the movie where R2-D2 and Chewbacca are playing some kind of galactic chess, and C-3PO quips, “I suggest a new strategy, R2: let the Wookiee win,” and made it the heart of our advertising campaign, #LetTheWookieeWin.

Whether you’re a runDisney veteran, a first-time rookie or even a Wookiee, Star Wars Half Marathon Weekend at the Disneyland Resort is going to be a fantastic weekend – and another great reason to runDisney. So may the Force, or should I say the Course, be with you!

Now if an invitation and Jedi mind tricks from some marketing guy at runDisney isn’t enough, maybe this message Lord Vader himself will convince you to join him to complete your training.