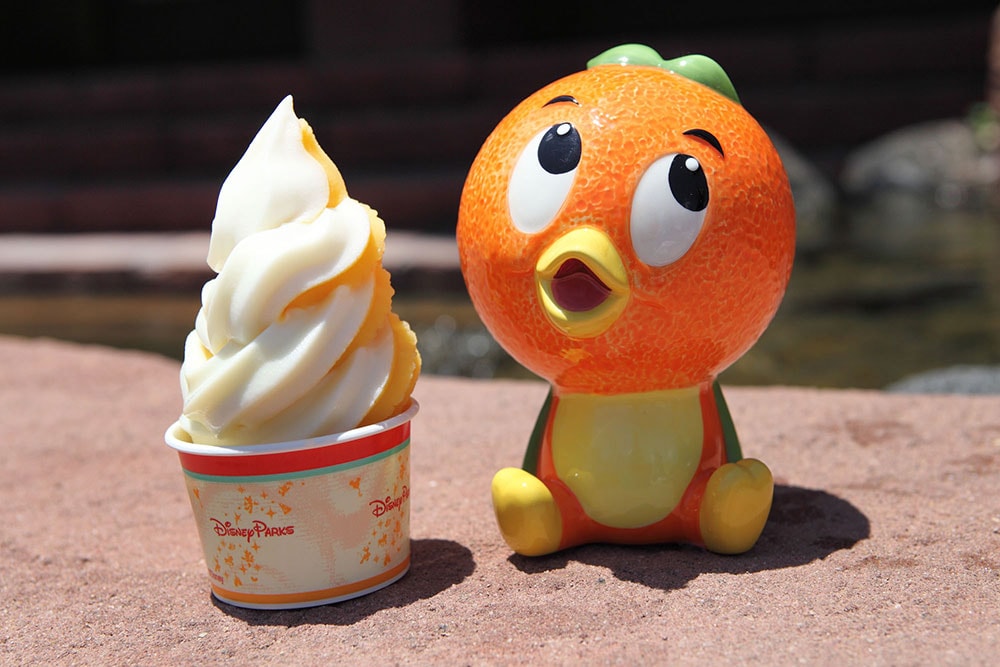 If you have read some of my previous Disney Parks Blog stories, you’ll know that I adore Walt Disney’s Enchanted Tiki Room. I consider it my favorite attraction at Disney Parks. Today, I’m delighted to share that the next two Disney Parks’ attraction poster T-shirts will feature Walt Disney’s Enchanted Tiki Room from Disneyland park and the Tropical Serenade from Magic Kingdom Park. These shirts will be sold only on the Disney Parks online store from May 12-15, 2014 at http://www.DisneyStore.com/ParkEvents. 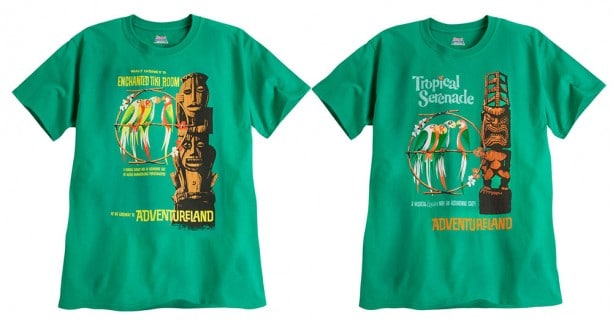 Once again, the talented Disney Design Group artist Richard Terpstra designed these shirts based on the original attraction posters created by Paul Hartley in 1963 and 1971 respectively. I couldn’t resist a visit to Magic Kingdom Park to get a picture in front of the attraction while enjoying a Citrus Swirl (is this really called work?). I also photographed this trinket box that shaped like my favorite frozen treat from Disney Parks. The box is part of the Adventureland collection also coming to Disney Centerpiece location. Guests visiting Disneyland Resort may now find select items from this collection at Adventureland Bazaar in Disneyland park and World of Disney at Downtown Disney District. We also have a few items from this collection currently online.