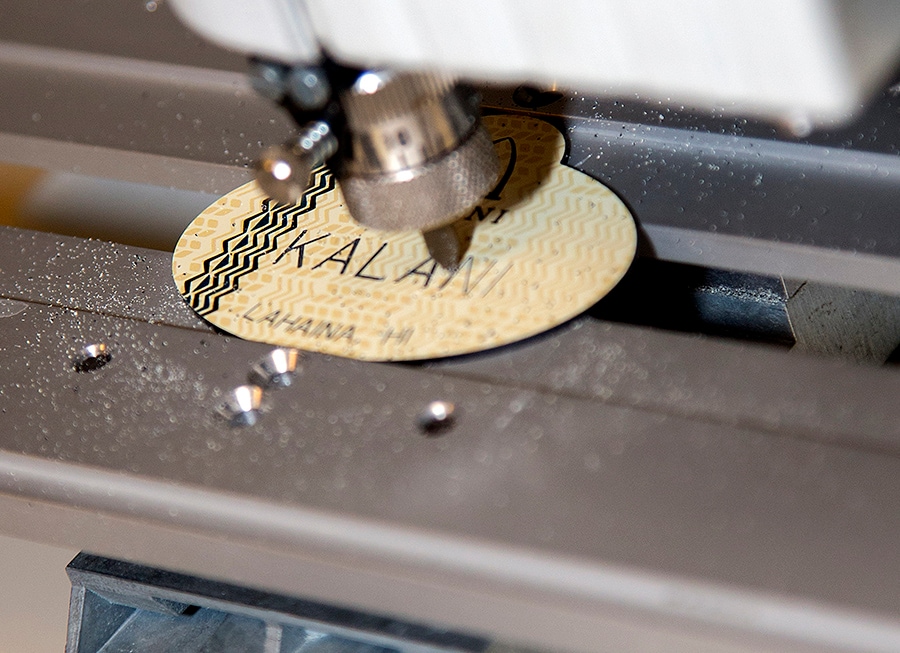 Today we continue our look at some of the unforgettable details at Aulani, a Disney Resort & Spa, with an iconic tradition passed down by Walt Disney himself – cast member name tags. Starting with Disneyland park, Walt wanted to make sure every guest was on a first-name basis with cast members. Distinctive details make each of the name tags worn at Walt Disney Parks and Resorts around the world a little different. I met with Aulani Cultural Advisor Kahulu De Santos to ask her to share with me what makes the name tags at Aulani unique and special. 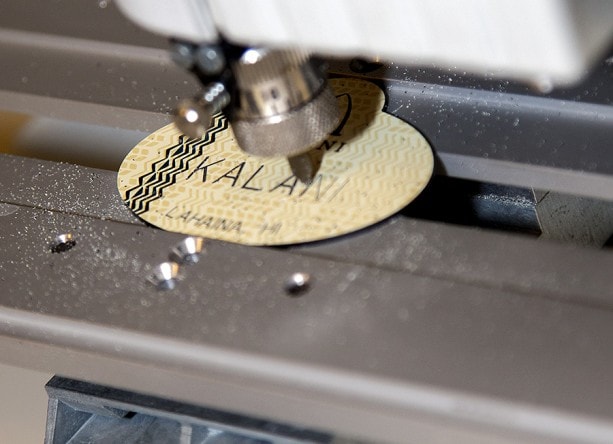 The name tags worn by cast members at Aulani, a Disney Resort & Spa are inspired by kapa, traditional Hawaiian barkcloth. An intricate design process of creating and decorating Hawaiian bark cloth makes each kapa distinctive. Designs may be unique to an ‘ohana or linked to other significant ancestral traditions. At Aulani, name tags featuring kapa designs are an extension of the story and traditions passed down through the ‘ohana – family — of cast members working at the resort. 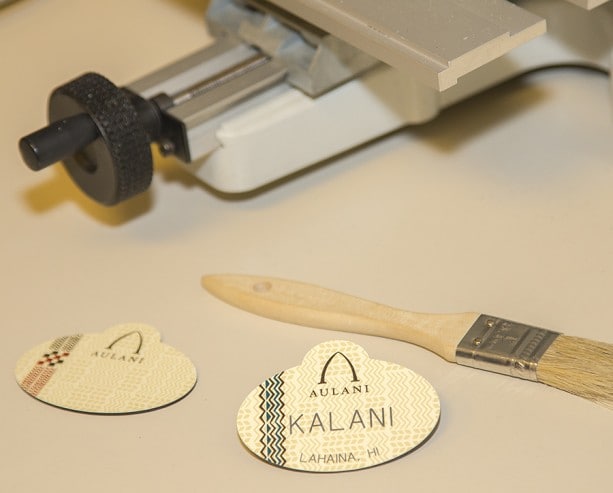 If you look closely, you’ll notice differences in colors and designs between the men’s and women’s cast member name tags. They feature two different sections of the same kapa. For female cast members, the name tag has a unique design with a brownish-reddish color and the shapes are more round and smooth. The male name tags have more sharp and jagged shapes, and incorporates blue. Another distinctive feature of the Aulani name tag is the ‘Olelo Hawai`i language designation, worn by cast members who are fluent in the Hawaiian language.

What is your favorite name tag you have seen at Walt Disney Parks & Resorts around the world? One of my favorite details of cast member name tags was the “Class of … “ during the 50th Anniversary Celebration at the Disneyland Resort. Leave your answer in the comments below!