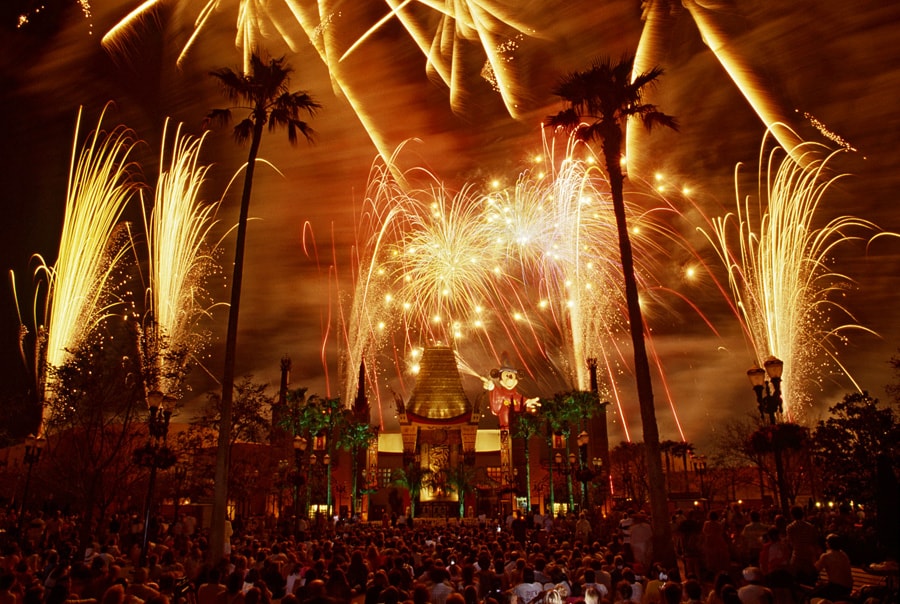 The skies above Disney’s Hollywood Studios lit up at night when Sorcery in the Sky premiered today back in 1990. 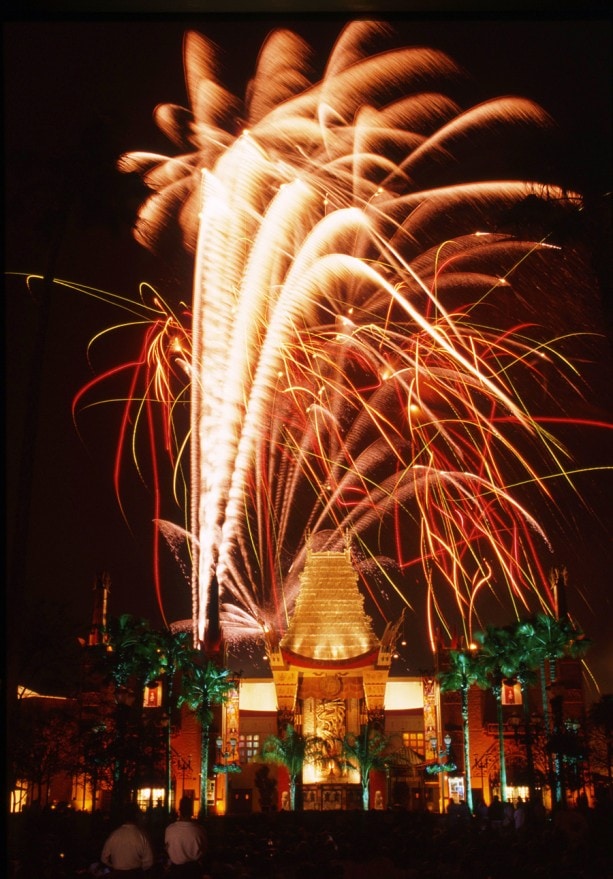 This fireworks spectacular was directed by a 55-foot-tall inflatable Mickey Mouse who made a dramatic appearance atop the Chinese Theater and fired magical sparks from his giant index finger. 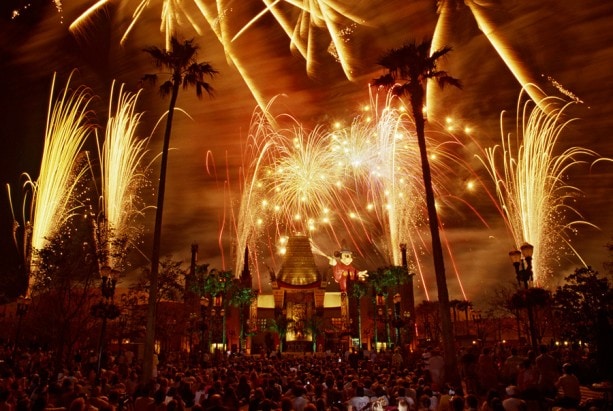