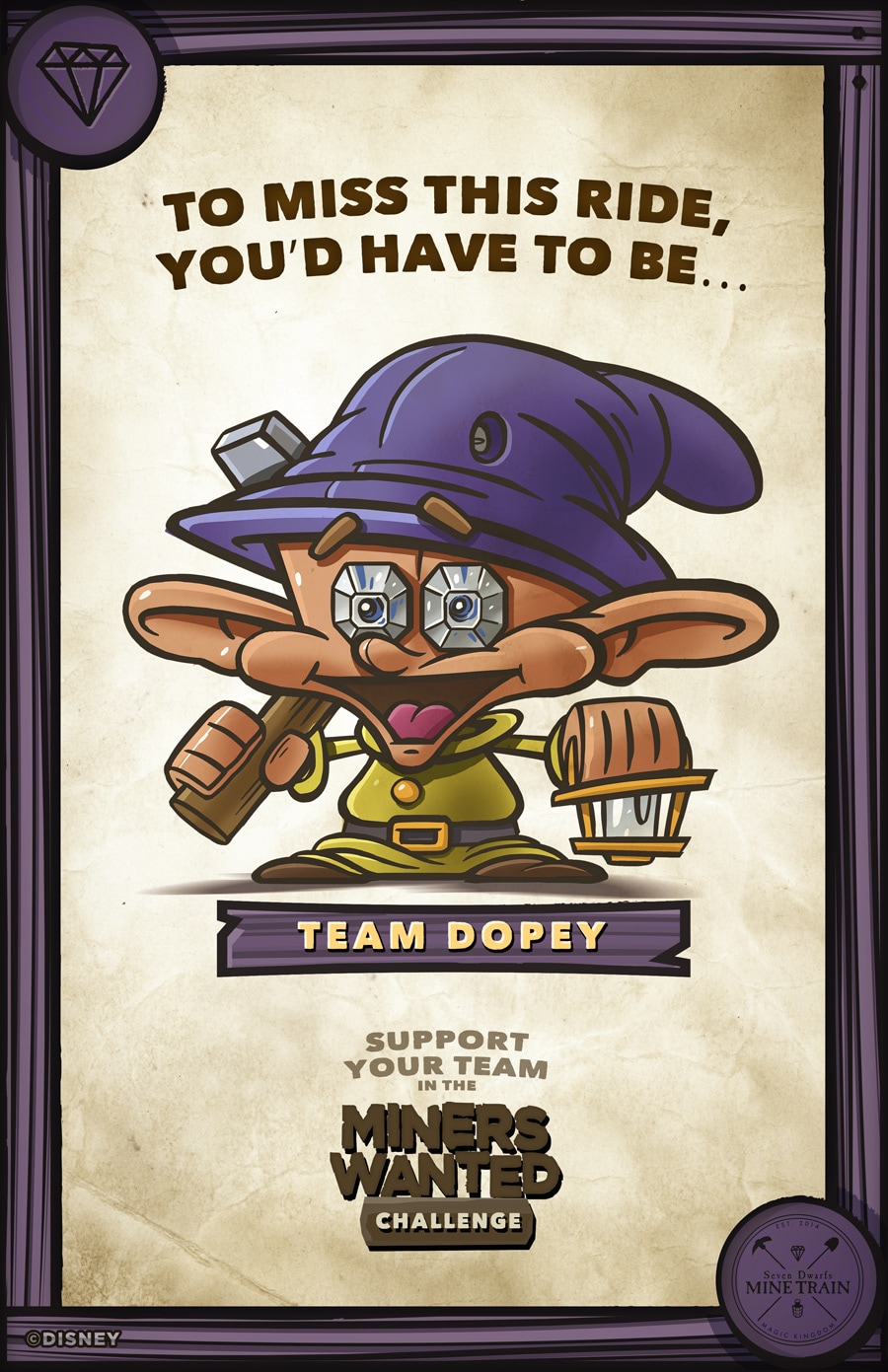 Vote For Your Favorite Disney Character In The #MinersWanted Challenge

You may have heard that Seven Dwarfs Mine Train will grand open on May 28 – and in honor of this milestone, the Seven Dwarfs are looking to add another Disney character to their mining team. 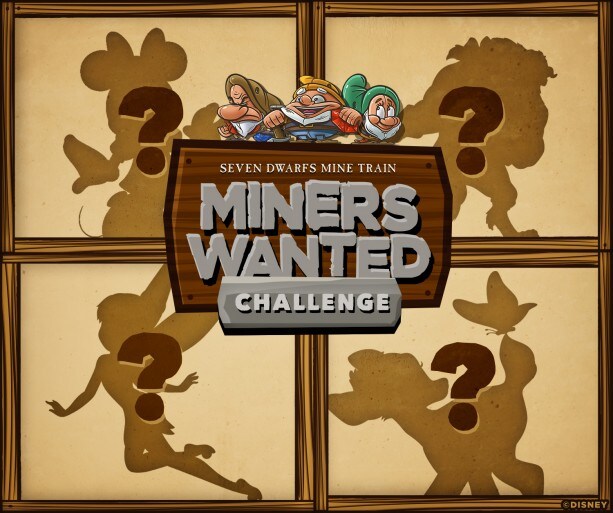 Starting today, each of the Seven Dwarfs will sponsor a Disney animated character (or parks-inspired character) in the Miners Wanted Challenge on Facebook. You can visit the Walt Disney World Facebook page to vote on which character represents each Dwarf in future challenges. The characters (which include Mickey Mouse, Elsa, Maleficent and Figment) will then compete in challenges based on different qualities miners need. The more you vote throughout the month of May, the more gems a character will acquire. The more gems a character has, the further he or she will advance in the game.