Where to Enjoy Maleficent, Sleeping Beauty at Disney Parks

Do you have plans to hit a movie theater this weekend to see “Maleficent”? The film tells the untold story of one of Disney’s most intriguing villains – and officially opens in theaters today! 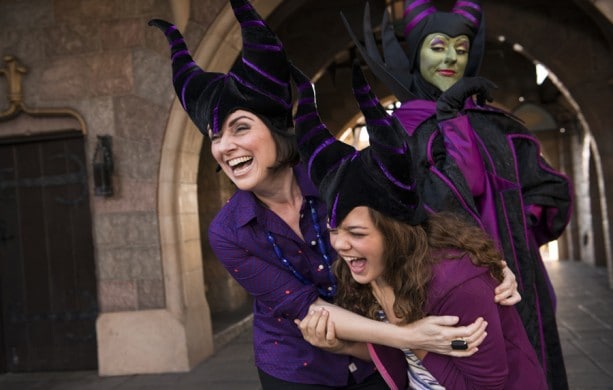 There are plenty of places at Disney Parks to catch Maleficent and other “Sleeping Beauty”-inspired guest offerings. Here’s a look at what’s available. The brand-new “Disney Festival of Fantasy Parade” is a feast for the senses for fans of Maleficent, who appears in the parade in fire-breathing dragon form. Be sure to check out the other characters from “Sleeping Beauty” who appear before her – the fairies Flora, Fauna and Merryweather, as well as some film-inspired figures, including ravens and walking thorn characters.

Maleficent is also featured in the “Dream Along With Mickey” stage show (check the My Disney Experience app or the Times Guide for showtimes). In the show, Maleficent decides to crash Mickey’s party and brings a host of Disney villains – and their nightmares – along with her.

Guests hoping to meet Aurora can also check the My Disney Experience app for times and availability. 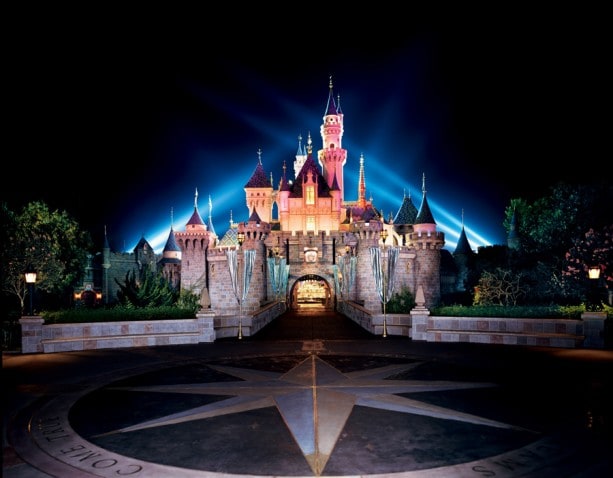 Of course, one of the crowning jewels of Disneyland park is Sleeping Beauty Castle. It was the first Disney castle ever built and was inspired by the film “Sleeping Beauty.” 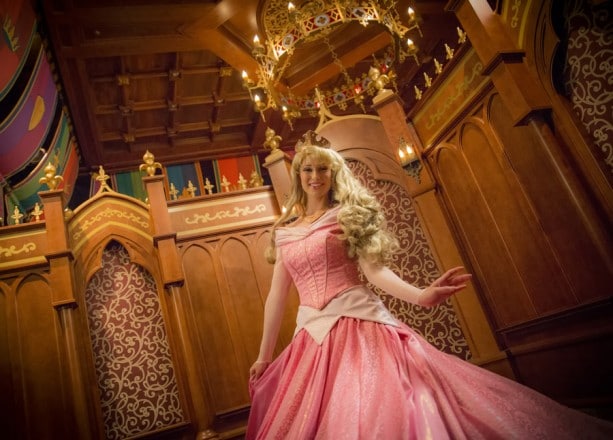 Guests at Disneyland park can also meet Aurora at Fantasy Faire in Fantasyland area of the park.

Join the “Maleficent” discussion online with the hashtag #Maleficent.