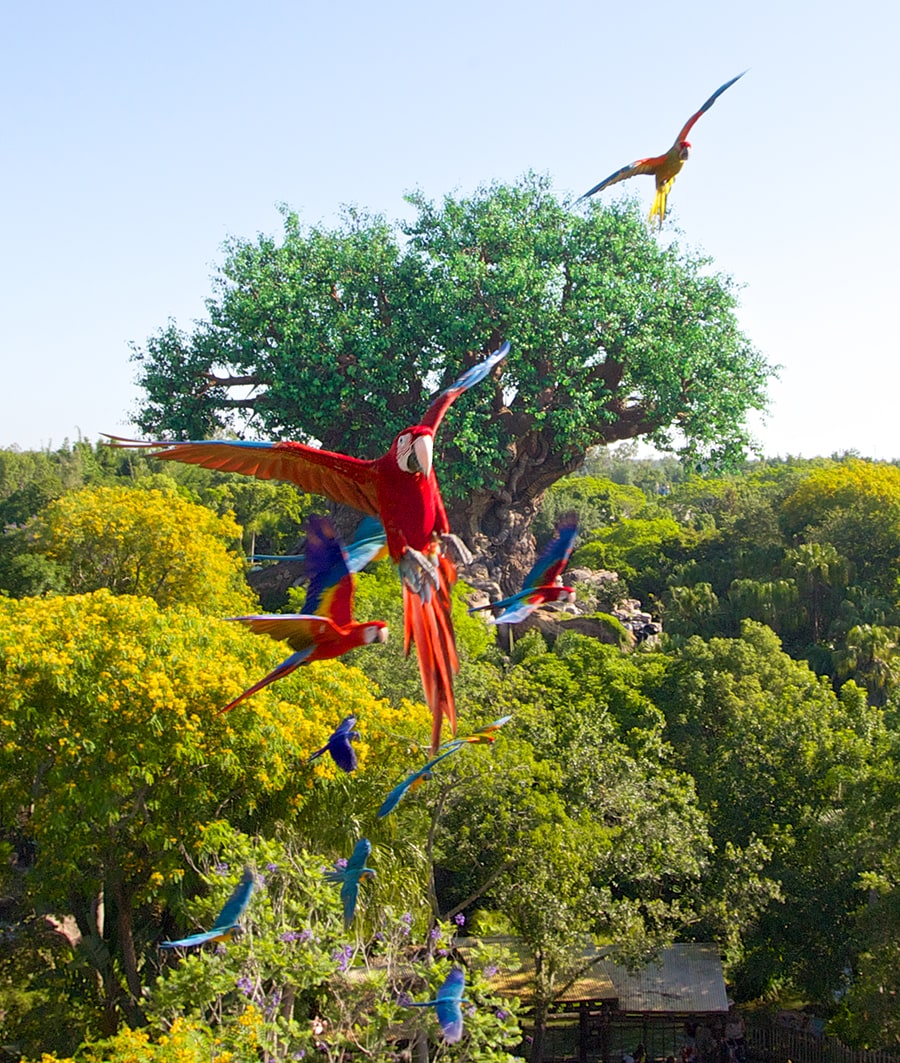 I am thrilled to share first with Disney Parks Blog fans news about a new animal experience coming soon to Disney’s Animal Kingdom. Stars of the show are flocks of macaws in a kaleidoscope of colors flying over and around the heart of the park — Discovery Island. Brought to you by the fantastic team that inspires and delights guests at our Flights of Wonder show in collaboration with Disney Creative Entertainment, “Winged Encounters — The Kingdom Takes Flight,” will debut this summer. 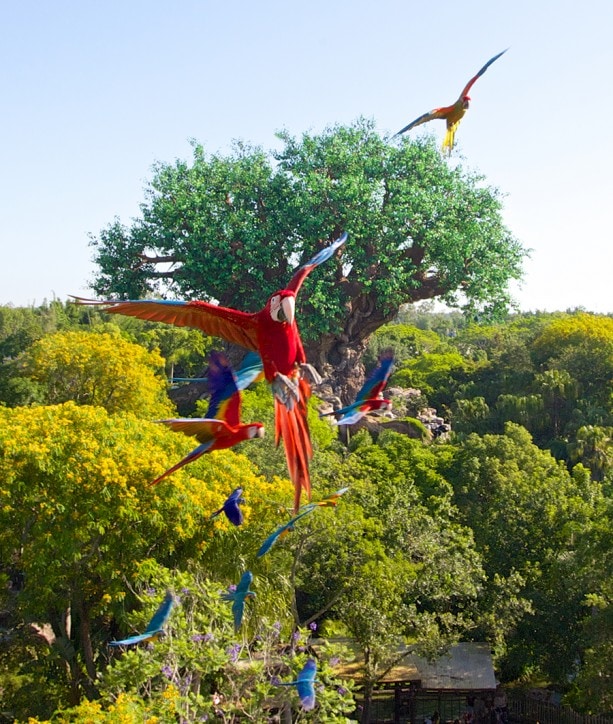 The macaws, with wingspans up to 60 inches, are now making short flights in the early morning hours at Disney’s Animal Kingdom in preparation for the debut of the new experience, which features six types of macaw: hyacinth, green-winged, blue and gold, scarlet, blue-throated and military.

In addition to seeing these colorful birds in flight, during up-close encounters, avian experts will share conservation stories about the macaws, the majority of which are endangered in their native Central and South America.

Be sure to watch Disney Parks Blog for more information about this new experience in the coming weeks.