We know you love Disney. So we at D23: The Official Disney Fan Club are bringing the magic of Disney to 11 cities (including at stop at Walt Disney World Resort!) across the country starting this August during out D23 Disney Fanniversary Celebration roadshow.

The 100-minute shows — hosted by an archivist from the Walt Disney Archives and a D23 Team Member — feature rarely seen images, photography, video, and music that honor Disney milestones celebrating landmark anniversaries. And of course there are many Disney Parks anniversaries to celebrate, including Disneyland Resort Monorail, Matterhorn Bobsleds, and Submarine Voyage (55th anniversary), Haunted Mansion (45!), Splash Mountain (25), and the opening of Disney’s Hollywood Studios (formerly Disney-MGM Studios, celebrating its 25th anniversary). Plus we’re celebrating films, TV shows and much more when we hit the road.

D23 members can purchase tickets now at a discount, and tickets will be available to the general public July 9. Get all the details here. 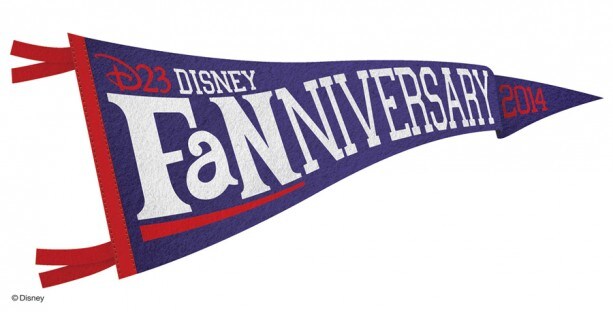 Also, D23 just announced the names of even more Disney Legends and Imagineers who will join Destination D: Attraction Rewind this November at Walt Disney World Resort. This member-exclusive, two-day event will feature panels and presentations — including some unbelievable images and terrific stories — about beloved Disney Parks attractions of the past, with an entire day dedicated to Disney’s participation in the 1964-65 World’s Fair in New York City. Disney Legends scheduled to appear include Marty Sklar, Bob Gurr, Alice Davis, Charlie Ridgway, Ron Logan, and Bill Sullivan. And from Walt Disney Imagineering (WDI), Gary Landrum, Jason Grandt, Dave Minichiello, and Pam Rawlins will take part. (Talent subject to change.) Plus there will be a special pop-up shop from Mickey’s of Glendale — WDI’s employee store, featuring a selection of Imagineering merchandise as well as collectibles created just for the event. And the closing party will be Pleasure Island: Rewind, an evening celebration themed around the Downtown Disney nightlife district. For more info and to get tickets, click here.