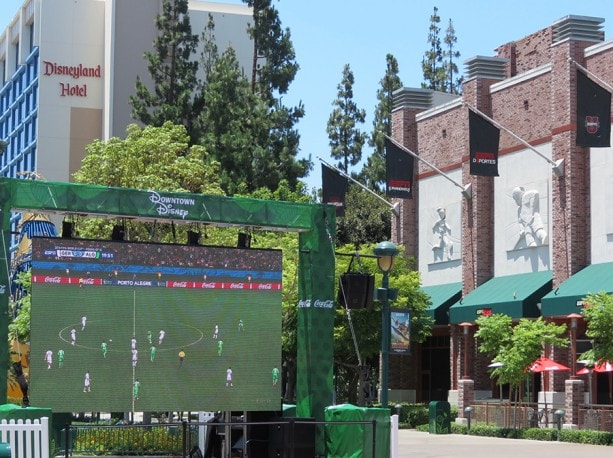 If you’re a World Cup fan, you probably already know that the matches are televised daily at ESPN Zone in the Downtown Disney District at the Disneyland Resort. You may have even seen fans lining up outside ESPN Zone prior to kickoff.