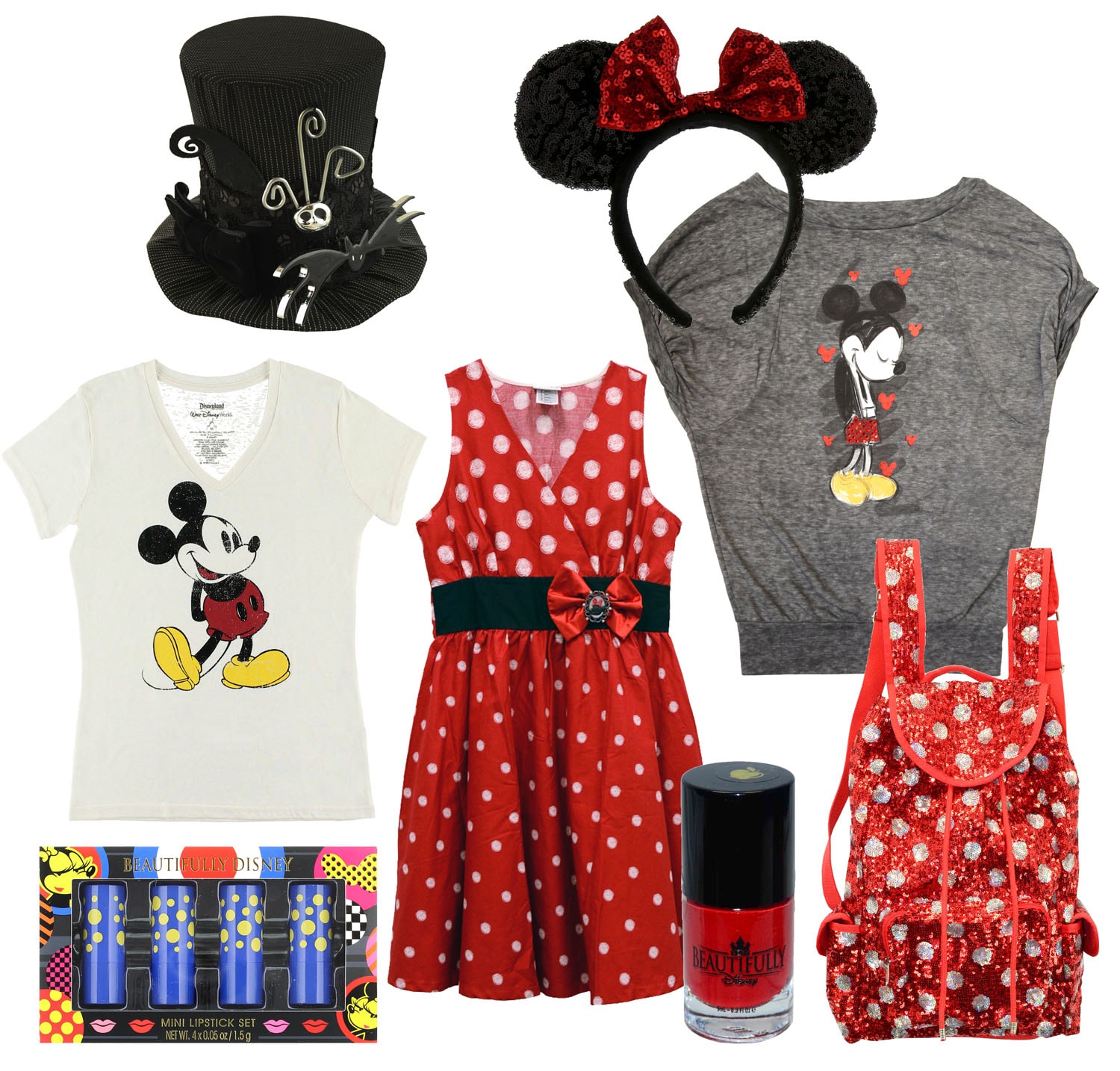 My fellow author Jennifer Fickley-Baker recently shared a video featuring Disney Stars Laura Marano from Disney Channel’s “Austin and Ally” and Vanessa Marano from ABC Family’s “Switched at Birth” during their recent visit to Disney Parks. During their trip to Disneyland Resort, they showed off their Disney Side style in another video recently published on the Disney Style YouTube channel.

The image below contains a few things that Laura and Vanessa selected from Disney Parks. The sequin Minnie Mouse headband is one of the most popular items we carry. The red Mickey Mouse crop top that Vanessa wears isn’t currently offered at Disney Parks, but I found a classic Mickey Mouse tee that works just as well. Finally, Laura is sporting a gray Mickey Mouse shirt that is part of a new art program called “Whimsy.” 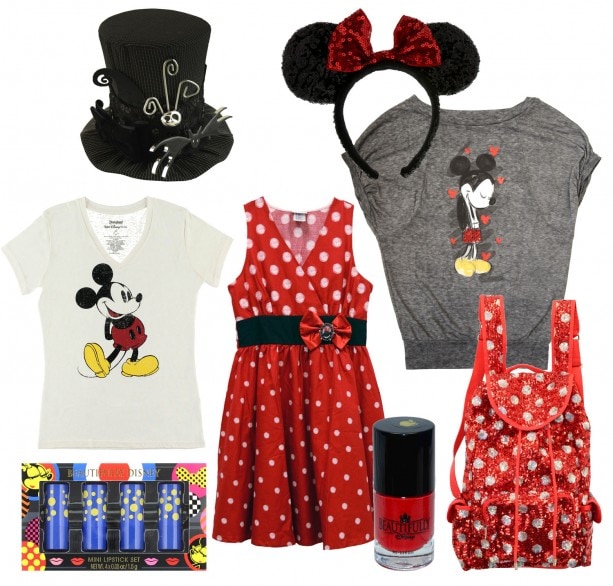 Many of these items can be found at select locations in both Disneyland and Walt Disney World Resorts. In California, the best places to visit first include Disney Vault 28 and World of Disney at Downtown Disney District.

You may also find a few select items, such as Beautifully Disney cosmetics, on our Disney Parks online store – DisneyParks.com/Store.