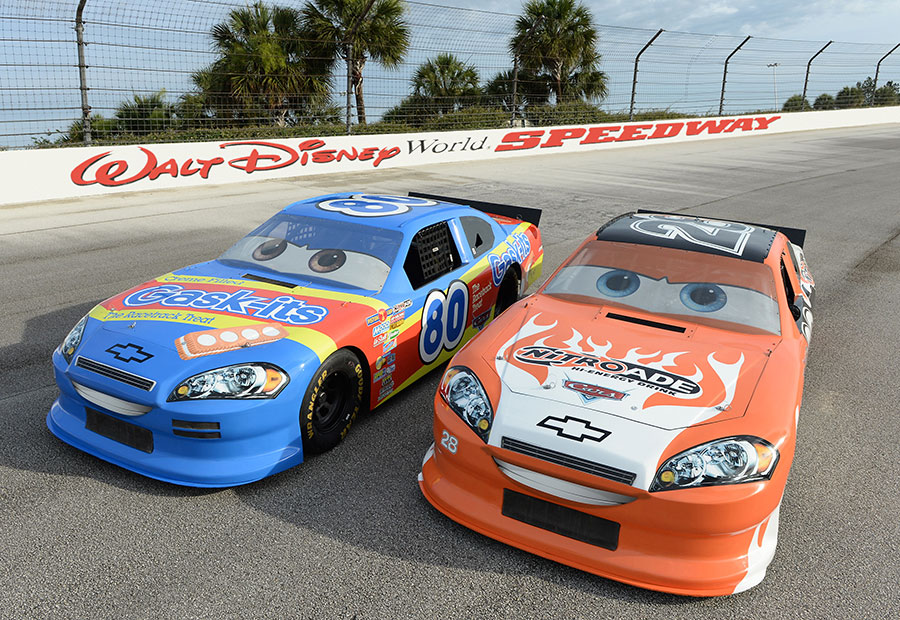 Last month, we let you know that new Piston Cup Racers Aiken Axler & Sage VanDerSpin would be unveiled during this year’s Car Masters Weekend at Downtown Disney at the Walt Disney World Resort. And today, we have a first look at both custom character cars, as they enter the line-up for the first time at the Richard Petty Driving Experience. 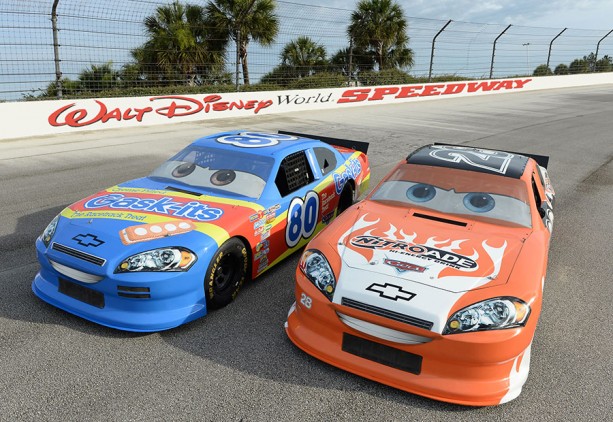 The #28 Aiken Axler and #80 Sage VanDerSpin cars were created by Disney•Pixar “Cars” creative director Jay Ward. Both will be used in the new Piston Cup Junior Ride-Along program for the Richard Petty Driving Experience beginning this weekend. Here’s a taste of what it’ll be like.

If you look closely, you’ll notice the character eyes on the car’s windshields help bring the vehicles to life – but the window wraps do not interfere with the view of the track.

Junior Ride-Alongs do not require reservations and are given on a first-come, first-served basis. Find out more information about program offerings, dates and times by visiting Drivepetty.com or call 800-237-3889.

You can see Aiken Axler and Sage VanDerSpin during Car Masters Weekend at Downtown Disney. Disney•Pixar “Cars” and “Cars 2″ characters Lightning McQueen, Mater and Finn McMissle will also be stopping by the event for meet and greets.