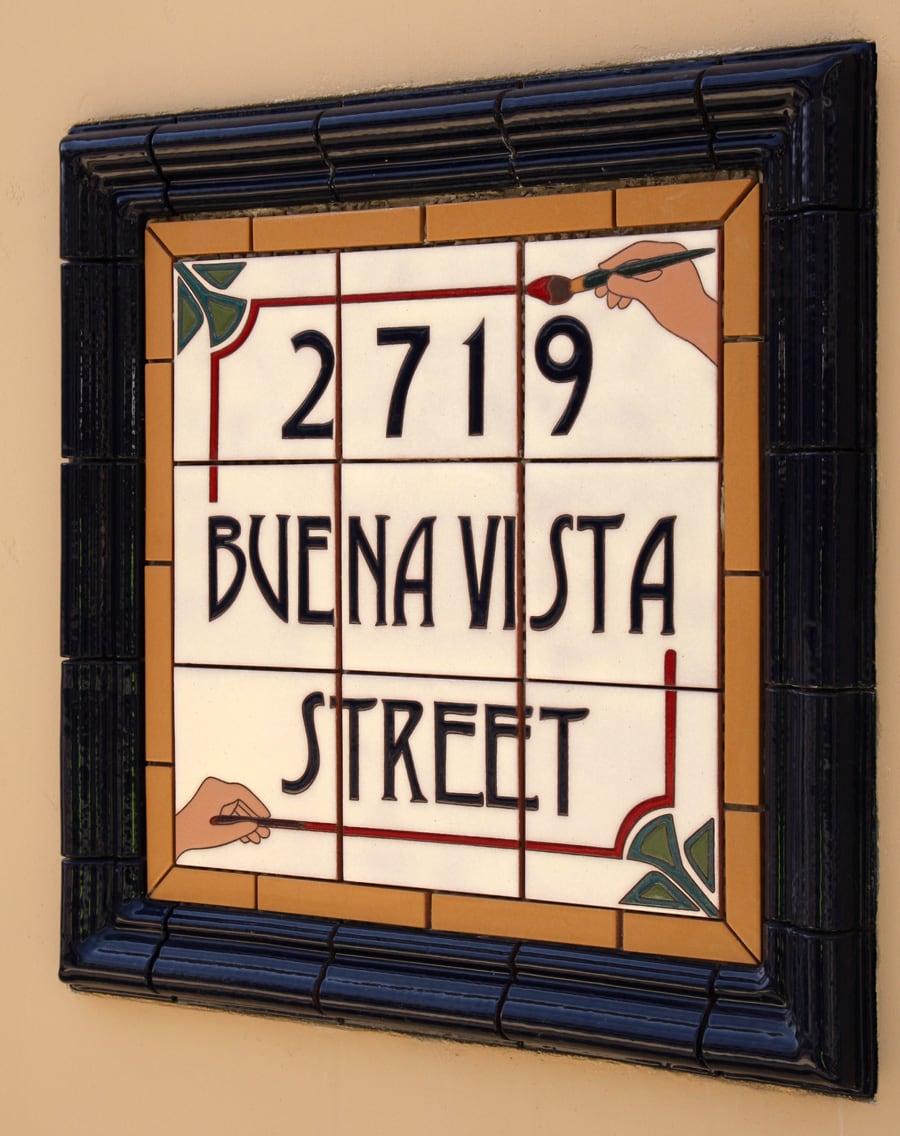 This month marks the second anniversary of the grand reopening of Disney California Adventure park. Since then, the details of Buena Vista Street have captured the hearts of Disney fans and families – making the new entrance one of the most beloved lands at the Disneyland Resort. Today, I’m excited to share some of the details you might have missed in one of our newest additions, Buena Vista Street!

Just inside the entrance of Disney California Adventure park, near the flagpole, look for a plaque on the ground. It reads: “May the hopes and dreams represented by the collection contained within the time capsule beneath this marker inspire a future generation of dreamers when it is unsealed a quarter century from now, on June 15, 2037.”

Do you know where the other time capsule is located at the Disneyland Resort? How about the year in which it will be opened?

2. Hyperion Bridge – The Disneyland Monorail crosses over a bridge that is inspired by a Los Angeles landmark, the Glendale-Hyperion Bridge. The original bridge opened in 1929 and can still be found in Los Angeles, spanning Interstate 5 from Glendale, Calif., to the Silver Lake area of Los Angeles. 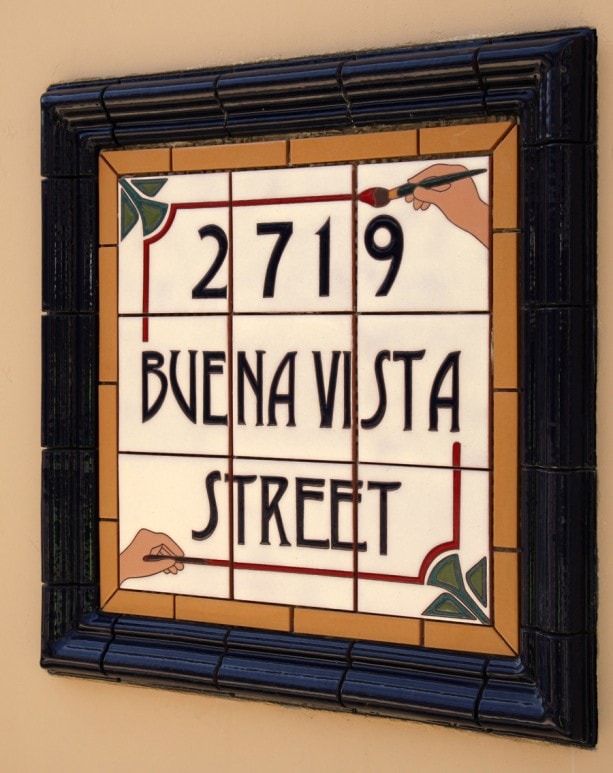 This next detail is a favorite of mine: Next time you visit Disney California Adventure park, look at the addresses of each of the buildings on Buena Vista Street. Believe it or not, there is a significance to the numbers! The first two digits of all the addresses (26 or 27) refer to two of the years that the Walt Disney Studios were located on Hyperion Avenue in Los Angeles. The second two digits often, though not always, correspond to a milestone year in the history of the Studios. For example, the address of Julius Katz Shoe and Watch Repair is 2701 Buena Vista St., representing the year of Walt Disney’s birth – 1901.

4. Rock Candy Mountain Model – Located in the window of Trolley Treats is a model of Rock Candy Mountain, a short-lived concept to be part of Storybook Land Canal Boats in Fantasyland at Disneyland park. In the original plans, the exterior of the mountain was to be completely covered with candy – and the model was covered with real candy! Fortunately the original has since retired but we do have a replica featuring a scale-model trolley (fitting for Trolley Treats) traveling through lollipops, taffy, chocolate, fudge and more. If you look closely, you might find a hidden Mickey, of sorts, deep inside the mountain. 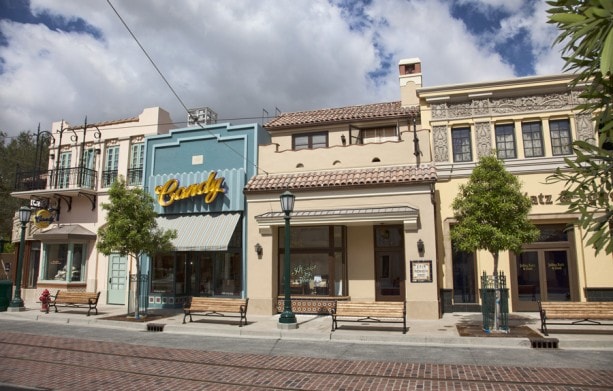 As you walk by Atwater Ink & Paint, look for the Atwater School of Art & Animation sign. The instructors are listed as: “Messrs. Clark, Davis, Johnston, Kahl, Kimball, Larson, Lounsbery, Reitherman, Thomas.” Do these names sound familiar? Well, these “instructors” are actually Walt Disney’s “Nine Old Men,” a group of key animators who provided direction for Disney animated classics like “Peter Pan,” “Cinderella” and many more.

Have you discovered other details of Buena Vista Street? Please share with us in the comments below!