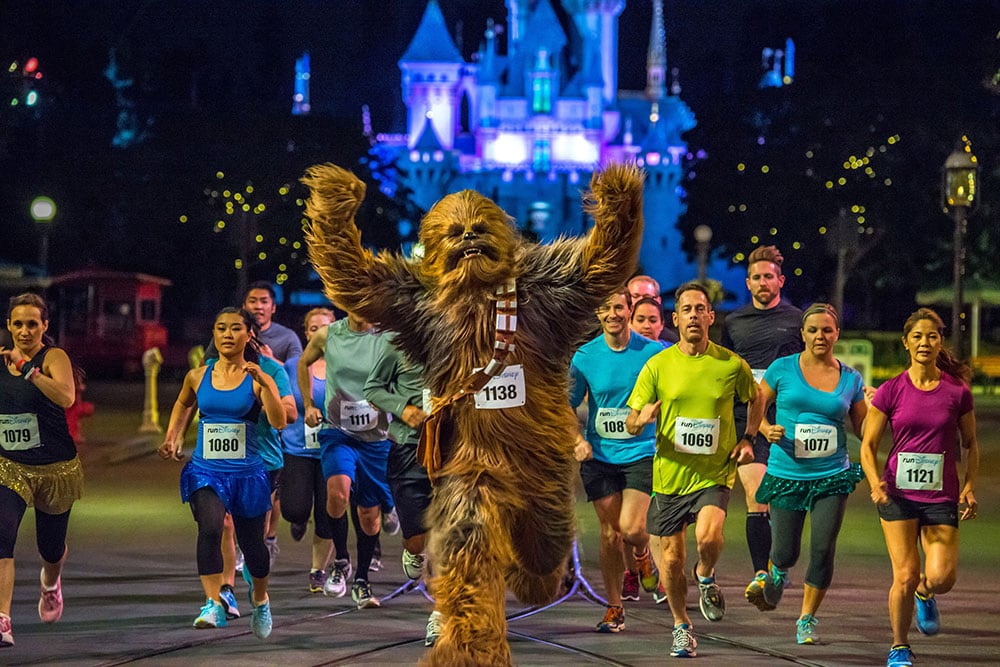 Fellow Jedi Knights and Padawans, it’s time to grab your light sabers and get ready to RUN! Adventures by Disney just released a special, out-of-this-world departure of the Southern California: Disney Backstage itinerary to take place during January 12 – 18, 2015. This departure will grant families access to the runDisney inaugural Star Wars Half Marathon Weekend. In addition to receiving access to the Star Wars Rebel Challenge (Star Wars Half Marathon 10k and Star Wars 5k), guests who book this trip can participate in an exclusive group run in iconic Hollywood and access the Star Wars Wookiee Welcome Party.

This galactic seven-day, six-night itinerary is a must for both Star Wars and Disney fans alike. For more information on the Disney Backstage & Star Wars Half Marathon Weekend trip, please click here. You may also call 1-800-543-0865 for dates, availability and to make reservations.