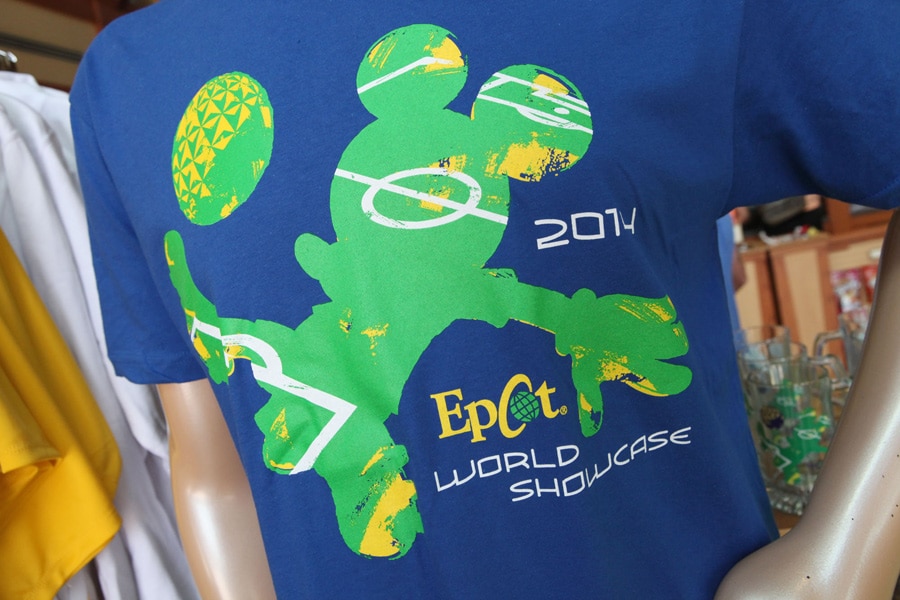 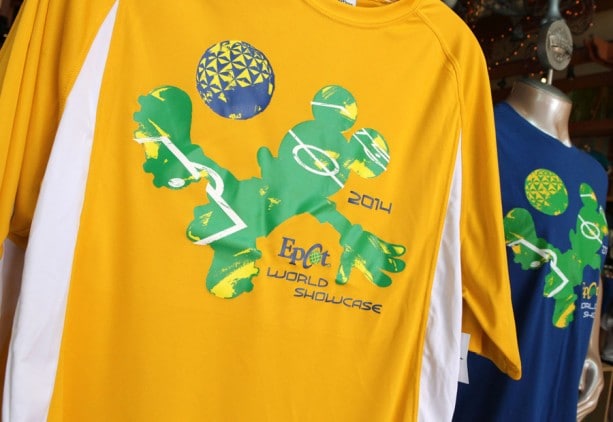 My fellow author Darcy Clark recently shared a look at the United World Soccer store at Downtown Disney West Side. This new location is a must-stop destination for fans of fútbol (and it would appear there are many as the world watches the events unfold in Brazil). Elsewhere at Walt Disney World Resort, we have recently introduced new soccer-themed goods that have a splash of Disney. 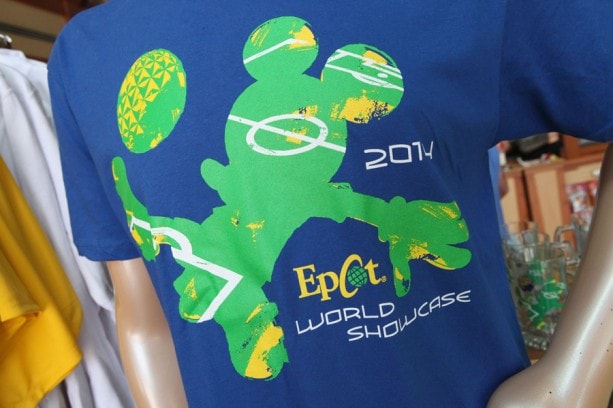 Decorated in hues of blue, green, yellow and white, this small new assortment was created specifically for World Showcase at Epcot. The main logo features a silhouette of Mickey Mouse kicking a soccer ball, which was used on several apparel items, a glass mug and two open edition pins. 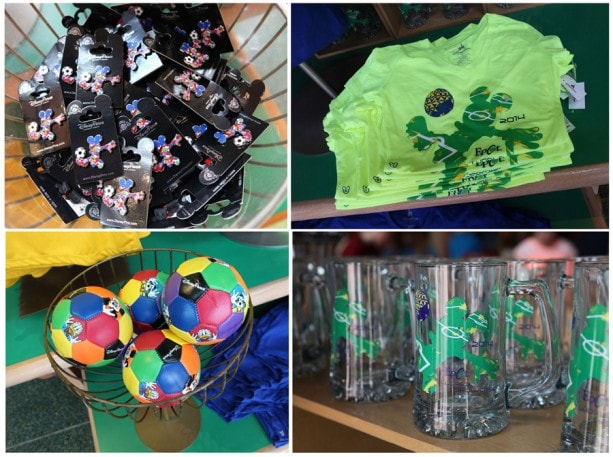 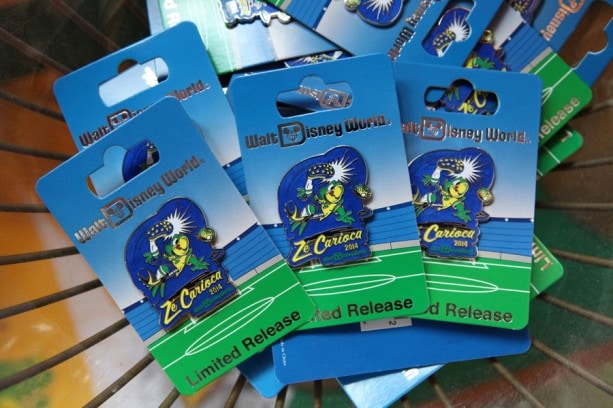 One of my favorite items is a limited release pin featuring José Carioca, a character not often seen on Disney merchandise. He was originally created for Walt Disney’s “Saludos Amigos” in 1942, and now stars in the Mexico Pavilion attraction at Epcot, Gran Fiesta Tour Starring The Three Caballeros. This pin was released at Disney Traders and Village Traders in World Showcase at Epcot, World of Disney in Downtown Disney Marketplace and Sport Goofy at Disney’s All-Star Sports Resort.

Speaking of Epcot, you can watch many of the World Cup games in the Odyssey Center. That’s just one of many viewing locations at Walt Disney World Resort. See the complete list here.