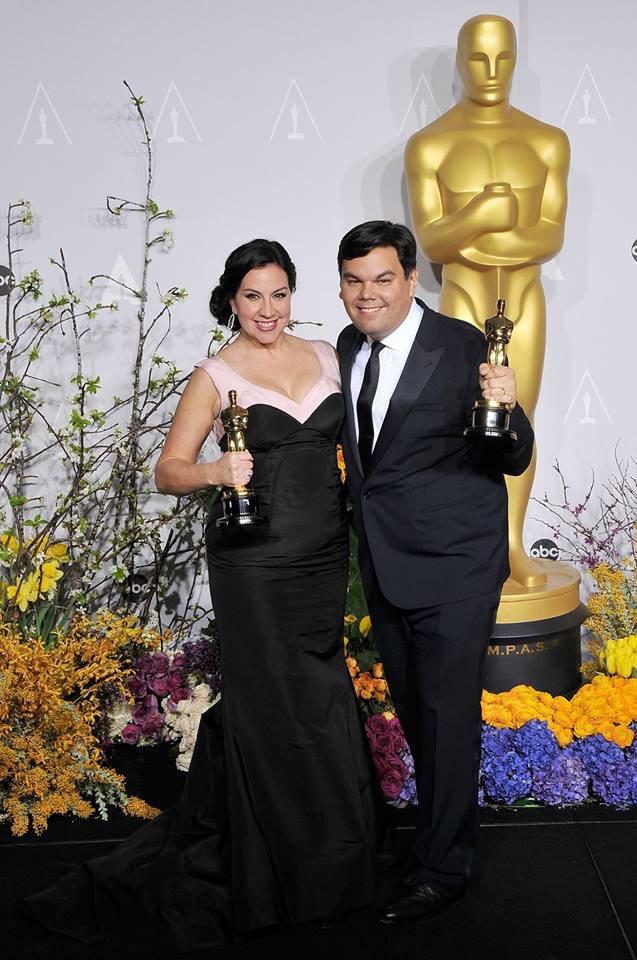 They’ve been called “Cutest Couple Ever.” They’ve won the Academy Award for “Let it Go,” part of a musical score that has already become the stuff of legend. The New York home of Robert Lopez and Kristen Anderson-Lopez is laden with awards — including the Oscar, Emmy, Tony and Grammy (making Bobby an “EGOT,” a person who has won all four awards). So, what did they want to do next? Go to Disney Parks!

Kristen and Bobby are firm on a very important point. No amount of fame and acclaim can compare with the love of friends and family (they just welcomed a little nephew into the fold last month). Clearly they’re having as much fun seeing their daughters react to Disney magic as they’re enjoying it themselves (I feel the same way about my kids, just like my father did about me). As Kristen says in the video, “We’re Disney people!” They’ve got an especially warm attachment to the first stage musical they worked on together, Finding Nemo—The Musical at Disney’s Animal Kingdom — as well as The Seas with Nemo & Friends at Epcot, which features their song, “In the Big Blue World.” They told me about their Disney fandom in this interview. By the way, have you checked out the Limited-Edition color 12” vinyl LP album version of the “Frozen” soundtrack?. It’s available here. I love to shine the two blue discs and the crystal engraved disc up to the light — that is, when I’m not listening to them!

You can find the compact disc soundtrack of “Frozen,” as well as the Finding Nemo — The Musical cast album at select Walt Disney World Resort shops (or by calling Merchandise Guest Services at 1-877-560-6477).