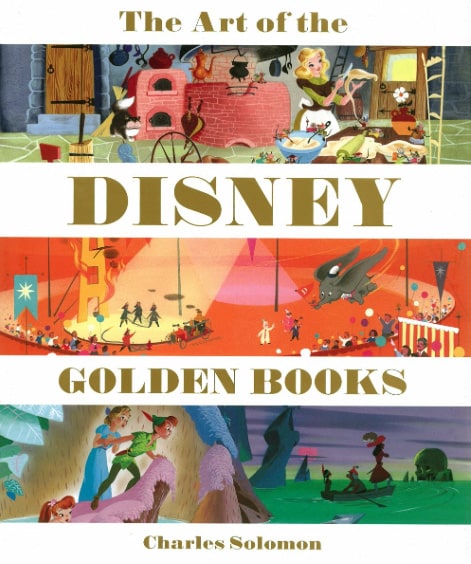 Sights & Sounds of Disney Parks: Here, There and Mary Blair

Raise your hand if you grew up enjoying your Disney favorites through the magic of Golden Books. Did you wear them out like the rest of us did? Have you shared several of them with successive generations?

In this sumptuously illustrated book, renowned animation author and historian Charles Solomon takes you through decades of fascinating history of Golden Books, including its long association with the Walt Disney Studios. He also lovingly elaborates on the masterful elements that make each selection so outstanding, with exclusive commentary from Disney and Pixar artists, past and present. It’s like taking a tour with a learned guide and a coterie of seasoned experts, who explain the how and why of the tones, colors, textures and other details.

These artists and filmmakers are quick to share their enthusiasm for the “who’s-who” of great Disney artists, including several whose work added magic to Disney movies, books — and even theme park attractions for over 75 years. The paintings of watercolorist Gustaf Tenggren, for example, helped inspire the overall look of “Snow White and the Seven Dwarfs” film in 1937 as well as the attraction, Seven Dwarfs Mine Train in 2014!

“I can’t tell you how many times Mary Blair comes up in discussions, or an illustration somebody saw in a Golden Book,” says “Up” Producer Jonas Rivera in this book. “They really are a source of a lot of the color, inspiration and storytelling here at Pixar.”

The beloved Mary Blair seems to become a stronger creative influence with every passing day. You may have read about her on the Disney Parks Blog in connection with the 50th anniversary of her favorite project, “it’s a small world.” Mary illustrated Golden Books too, one of which so enchanted First Lady Jacqueline Kennedy as she read it repeatedly to her daughter Caroline, she wrote to Mary personally expressing sincere thanks. 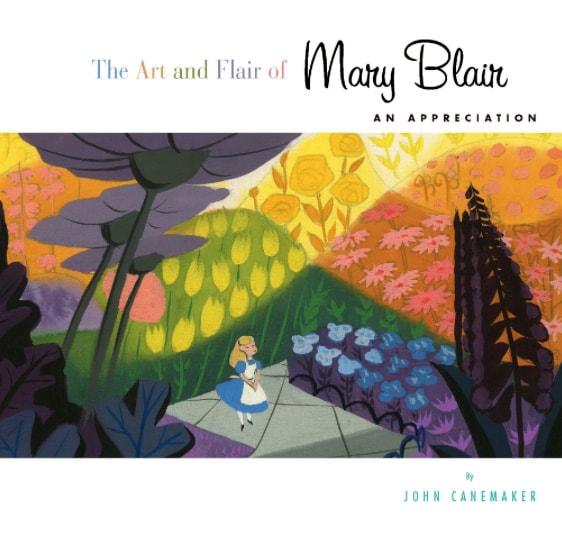 Sights & Sounds of Disney Parks: ‘The Art and Flair of Mary Blair’

In addition to finding The Art of Disney Golden Books in select Walt Disney World and Disneyland Resort shops, you’ll also want to pick up the shiny new edition of John Canemaker’s bestseller, The Art and Flair of Mary Blair. This Disney fan favorite tells the story of how Mary captured Walt’s imagination for decades, leading to groundbreaking design and color styling for “Alice in Wonderland“, “Peter Pan“, “Cinderella” and such classic short cartoons as “Susie”, the “Little Blue Coupe” and “The Little House”.

Included in this lovely book are photos of Mary’s eye-popping paintings and collages for “it’s a small world” and even scenes of her creating the famous tile mural in the Grand Canyon Concourse at Disney’s Contemporary Resort. So, that’s two great books available at the Disneyland Resort and Walt Disney World shops, or by calling Merchandise Guest Services at 1-877-560-6477.

Mary Blair’s artwork is like Disney Parks visits — you can’t get enough of them! So if you are planning to visit the Walt Disney Family Museum at The Presidio in San Francisco, you’ll want to marvel at the massive exhibit Magic, Color, Flair: The World of Mary Blair, now through September 7, 2014. If you can’t make it out there in person, the next best thing is getting the gorgeous book with the same title. It’s filled with its art treasures selected by exhibit curator John Canemaker and can be found at your favorite book store or online retailer.