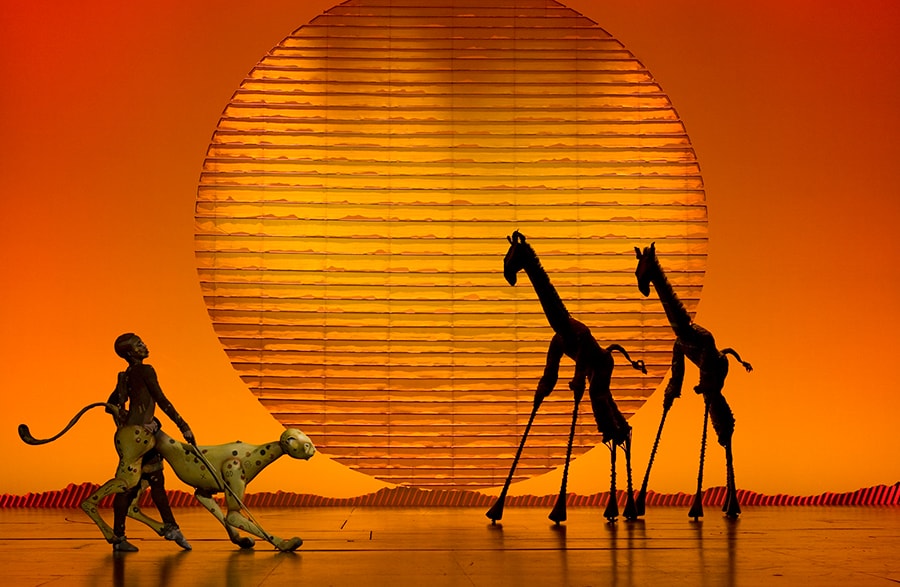 From Treasure Cove to Enchanted Storybook Castle, we’ve been showing you updates on the progress of Shanghai Disney Resort, and today I’m excited to tell you about another one-of-a-kind experience in development for the newest addition to our worldwide family of Disney Parks. Disney’s musical event, THE LION KING – the landmark Julie Taymor production, exactly as seen on Broadway and in productions around the world – will be presented at Shanghai Disney Resort in partnership with Disney Theatrical Productions. The world’s first production of Disney’s THE LION KING in Mandarin, this groundbreaking show will be performed in a new, world-class, 1,200-seat Broadway-style theater, located in the retail, dining and entertainment area currently under construction adjacent to Shanghai Disneyland park.

“We are thrilled to bring Disney’s THE LION KING to Shanghai Disney Resort,” said Mike Crawford, General Manager of Shanghai Disney Resort. “Working with our partners at Disney Theatrical Productions to have the world’s most successful and popular stage musical in Mandarin for the first time, here at our ‘must-visit’ entertainment district, will provide a great centerpiece for the area and an amazing opportunity for the people living in and traveling to Shanghai.”

“It is especially exciting for us to premiere THE LION KING at this brand new theatre at Shanghai Disney Resort, marking our first collaboration with our partners at Disney Parks and Resorts,” said Thomas Schumacher, President and Producer, Disney Theatrical Productions. “This uniquely Chinese production will be our most ambitious yet, featuring the very best of local talent, who will perform the show for the first time in Mandarin as they bring Julie Taymor’s singular theatrical vision to life.”