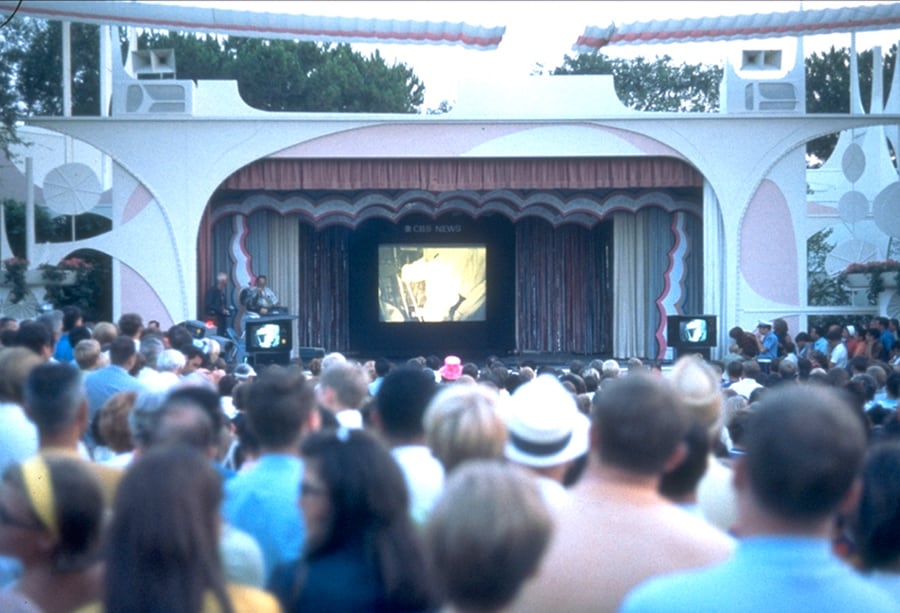 A Look Back at July 20, 1969: Apollo 11 Moon Landing Watched Live at Disneyland Park

On the afternoon of July 20, 1969, just steps away from an attraction called “Flight to the Moon,” thousands of Disneyland park guests gathered at the Tomorrowland Stage to watch a seminal event in human history unfold on live television. 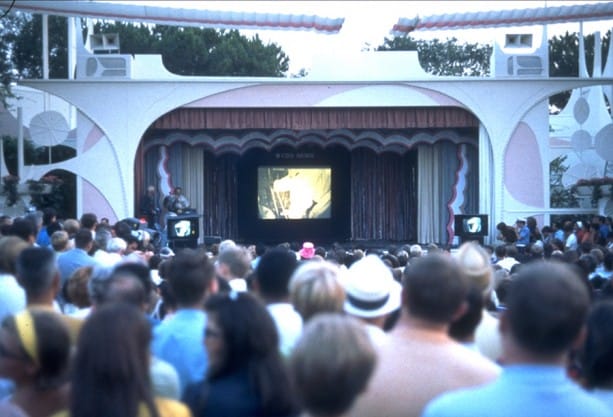 Just last week, while researching another project, I came across this rare color image in our archives that shows the Apollo 11 Moon Landing being watched live at Disneyland park.

In the years that followed this momentous event, we were fortunate to welcome two members of the remarkable Apollo 11 crew to Disneyland park. 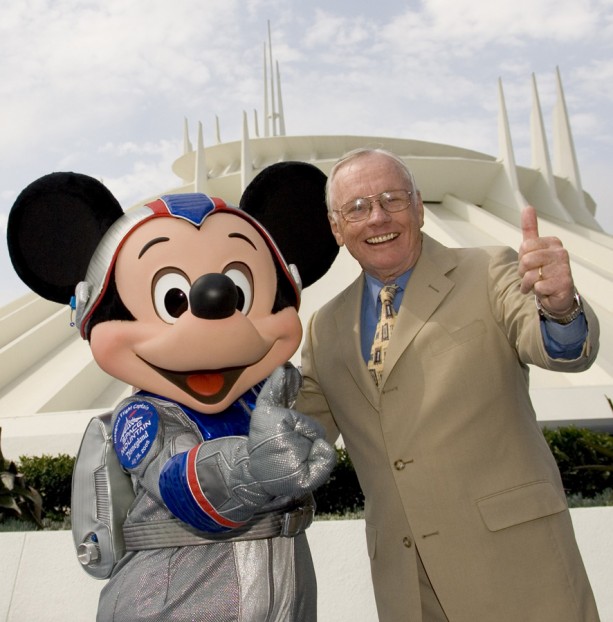 In July 2005, Neil Armstrong was on hand for the “re-launch” of Space Mountain. This photo was taken just above the exact spot where all those years earlier, Disneyland guests gathered in almost unimaginable anticipation to watch as he became the first man to step foot on the moon.