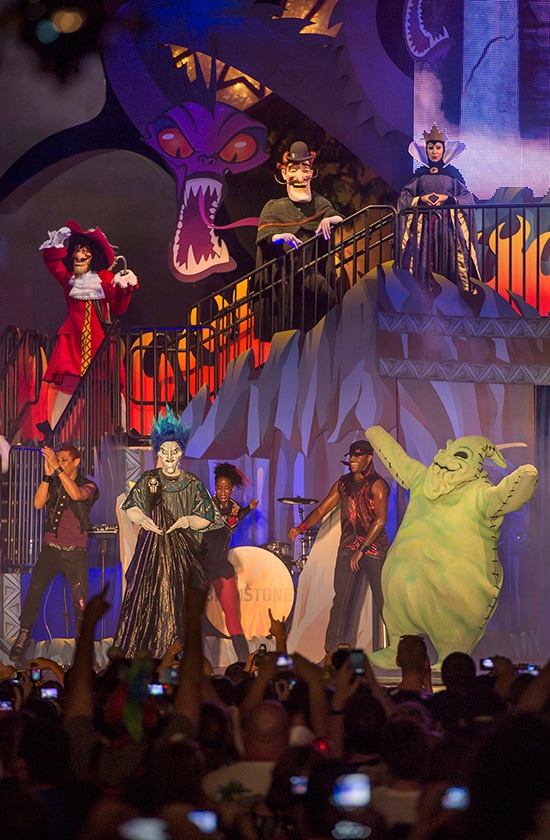 Be Prepared for ‘Villains Unleashed’ at Disney’s Hollywood Studios

We’re just one month out from August 23, the night a record number of Disney villains – more than 50 in all – will invade Disney’s Hollywood Studios as part of the park’s new, separately ticketed event, “Villains Unleashed.” While some of the surprises being planned for this one-night-only party remain hidden under a cloak of mystery, other tantalizing details are beginning to emerge, and it’s shaping up to be one fiendishly fun evening! And there’s more! You can get a Villains ExScream Makeover with complimentary face painting at stations around Echo Lake, join in on one of the dance parties taking place in the park, and enjoy a wicked cabaret atmosphere – not to mention some delectable, small-plate menu items – at Club Evil in the Hollywood Brown Derby.

For fans of Disney’s darker characters, “Villains Unleashed” promises to be a nightmare come true! It’s all happening one night only, August 23, 2014, at Disney’s Hollywood Studios. You won’t want to miss it, so get your tickets now, before they all disappear!