This week, La Place de Rémy, our first themed area based on the Academy Award-winning film “Ratatouille,” opened to guests at Disneyland Paris. 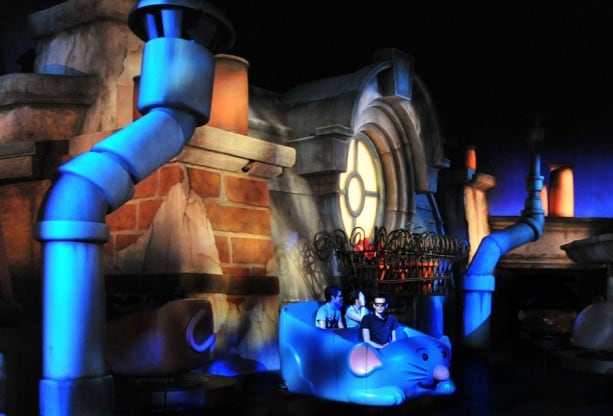 Tom Staggs, chairman of Walt Disney Parks and Resorts, authored a story on opening day and showed the area’s anchor, L’Aventure Totalement Toquée de Rémy, an attraction that shrinks you down to the size of a rat and whisks you away on an adventure over the rooftops of Paris and through Gusteau’s. And did you see our larger-than-life Olaf made out of sand? The first week of “Frozen Summer Fun LIVE! at Disney’s Hollywood Studios” featured expert sand sculptors building the summer-loving snowman in front of the theme park. Here’s how they did it.

If you’d like more “Frozen” fun this weekend, also check out our video of how to draw Anna at Disney’s Hollywood Studios.

Disneyland and Walt Disney World Fans Show Their Disney Sidewalks on Instagram – Check out just a few of the amazing pieces of sidewalk art posted to Instagram as part of the Show Your Disney Sidewalk campaign.

‘Legends of Frontierland: Gold Rush!’ Begins Today at Disneyland Park – Choose your side in the fight for Frontierland! Click through for more details on this new experience coming to Disneyland park.