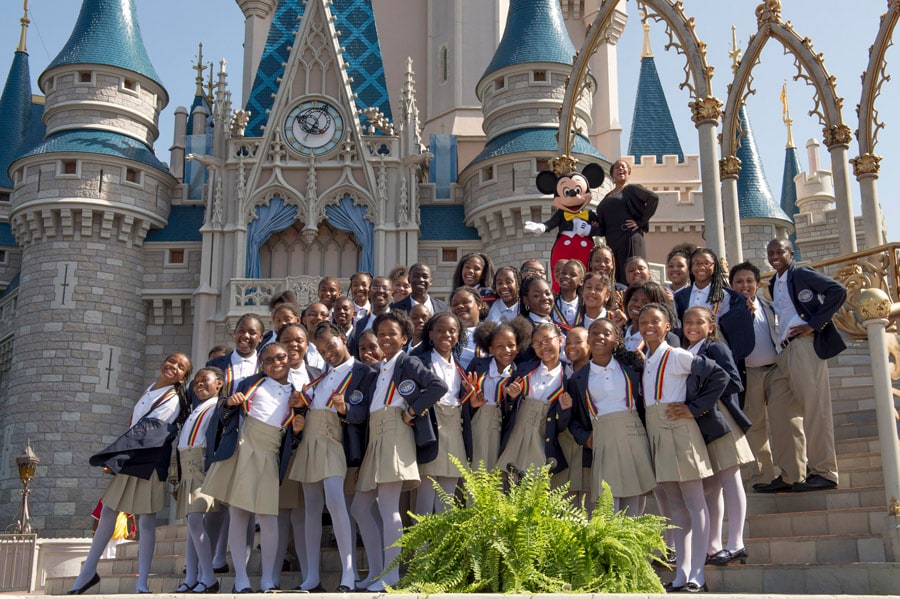 Every vocal and instrumental group that participates in the Disney Performing Arts program is experiencing a dream come true when they perform on a Disney stage. But there was a little extra Disney magic for the Detroit Academy of Arts & Sciences choir by arranging for them to perform on the stage of Cinderella Castle. 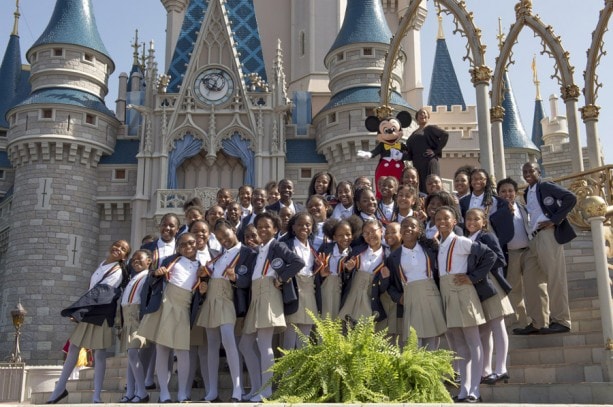 The talented kids – ranging in age from 8 to 13 – had long dreamed of participating in Disney Performing Arts. Their fortunes went off the charts when their performance of Pharrell’s hit single, Happy, went viral, amassing more than 1.5 million views. The video also captured the attention of national media and led to an appearance on the “Ellen DeGeneres Show.”

Check out the photos from this exciting moment. The morning capped a magical weekend for the young dreamers who saw their performance dream come true, learned about the business of show business and did what kids do best – play in the Walt Disney World Resort theme parks.