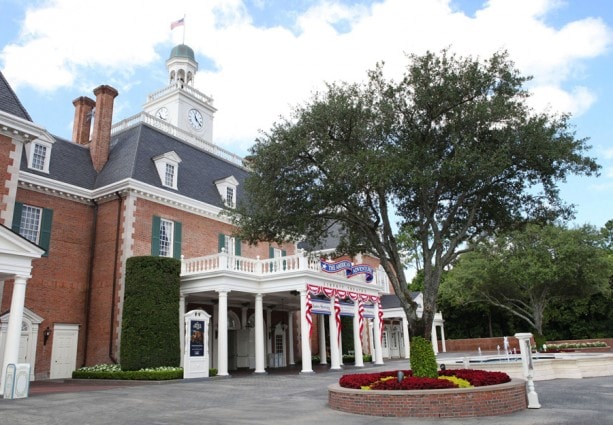 With the Fourth of July holiday only a few days away, I spent some time in one of my favorite pavilions at Epcot, The American Adventure. After all these years of visiting Walt Disney World Resort, I never tire of seeing the magnificent Voices of Liberty followed by the amazing show hosted by Mark Twain and Benjamin Franklin. I still tear up when hearing “Golden Dream” played during the montage of historical events (the Apollo 11 moon landing gets me every time!). After the show, I stopped in Heritage Manor Gifts, the merchandise location at Epcot that introduced a whole new assortment of goods last fall. This time, I was in search of merchandise with a distinctly patriotic theme. 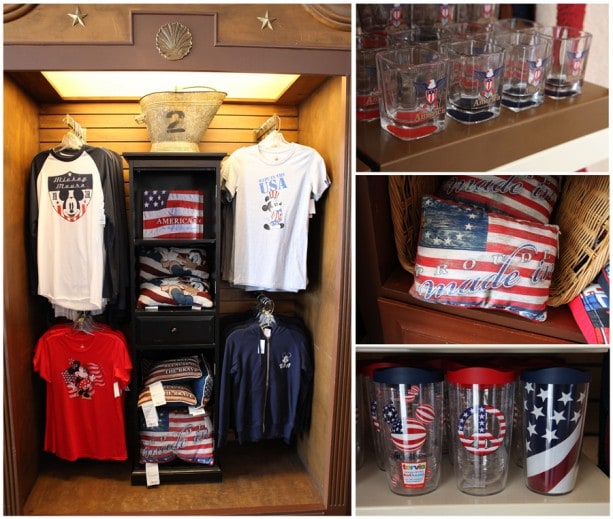 I was delighted to find several things bathed in red, white and blue including many new shirts. I really liked the patriotic Mickey Mouse shirt which was made in the U.S.A. (just like the shirt states). The location also had a few different Tervis Tumblers along with red and blue toothpick holders. 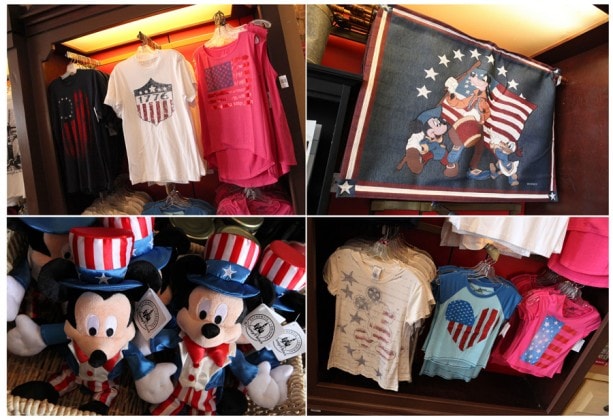 In addition to a few Disney-themed T-shirts, there was an assortment of Americana-themed shirts by Black & Denim, a company based out of Tampa, Florida.

My favorite item in the shop was the tapestry featuring Mickey Mouse, Goofy and Donald Duck with artwork reminiscent of Disney Parks’ bicentennial celebration from 1975, America on Parade. While many of these items are found only in Heritage Manor Gifts at Epcot, guests may find the patriotic Mickey Mouse plush in several shops at both Disneyland and Walt Disney World Resorts.

This year, there is also a limited edition pin with Tinker Bell that isn’t offered at The American Adventure Pavilion. The pin has an edition size of 3,000 and contains a red, white and blue pinwheel that spins. Look for it in Disney pin trading locations in both California and Florida.

Have a Happy Fourth of July!