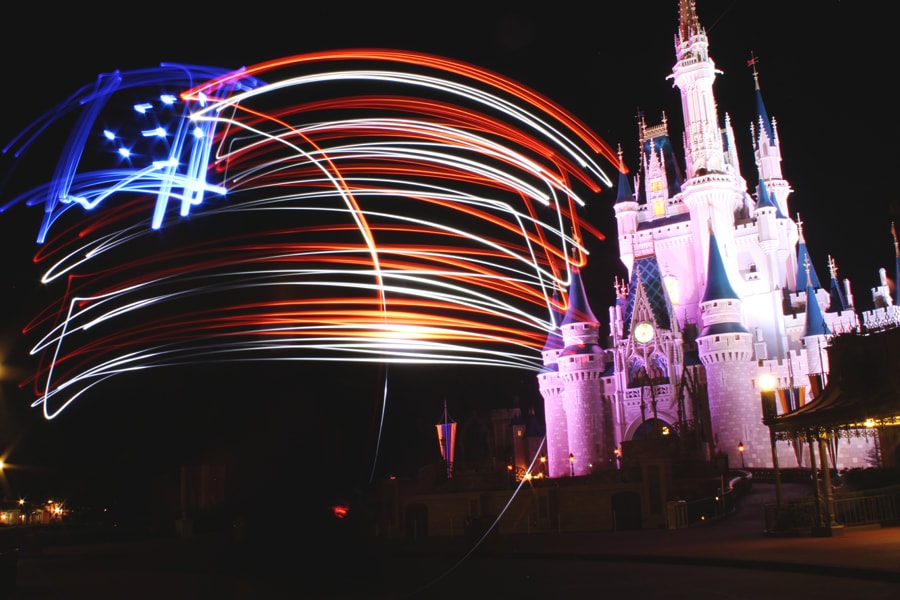 Walt Disney famously said, “…curiosity keeps leading us down new paths.” At Disney Parks, we are fortunate to work with some very curious — and creative — minds. Two of these creative cast members, Paul Chase and Matt Stewart, recently took a vacation trip with their families. On the trip, they were inspired after watching their children playing and dancing around the campsite with flashlights. 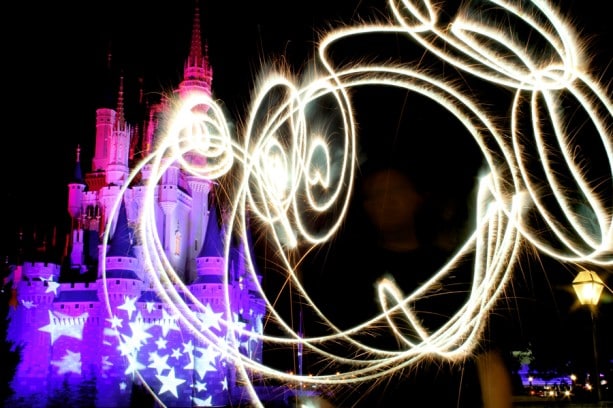 After seeing their kids creating circles and shapes with the flashlights, they wondered if they could sketch Disney characters, in midair, using handheld light sources and long camera exposures. So, Paul and Matt tried drawing the iconic profile of Mickey Mouse using this technique (often called “light painting”). The pair posted the image on their Twitter and Facebook pages, and followers and friends asked for more.

We asked Paul, a Disney Parks Content Producer, and Matt, a Yellow Shoes Creative Group Art Director, what other illuminated creations they could produce. The following is the result of a late evening this week in Magic Kingdom Park, using a variety of lighting sources. Paul was behind the camera as Matt was “drawing” in midair. 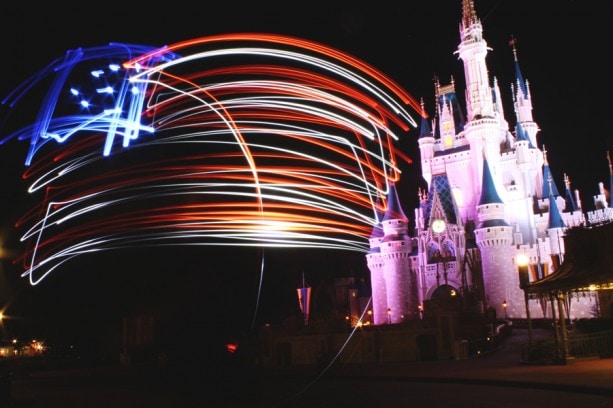 “As a Disney art director, I doodle Mickey, Pluto and Goofy everywhere. So when Paul suggested we do some long exposure photography, it was a natural for me to try and do a Mickey Mouse in the air,” Matt said.

Once they started doodling, their ideas grew. “A lot of this was trial and error,” Paul said. “Should we draw Mickey head-on or profile? Profile, it is! Should we use only our flashlights or something else? What about color?”

We hope you enjoy their July 4th edition of Disney Side light painting. They created several other sparkling surprises, so look for a second edition of their work in an upcoming post on the Disney Parks Blog.

(*Note: while the pair utilized sparklers, they were used in a very controlled environment and with proper personnel on-site. We do not recommend doing this without supervision and safety measures. If you attempt we suggest using LED penlights of different colors, as Paul and Matt did in several of these artful creations.)