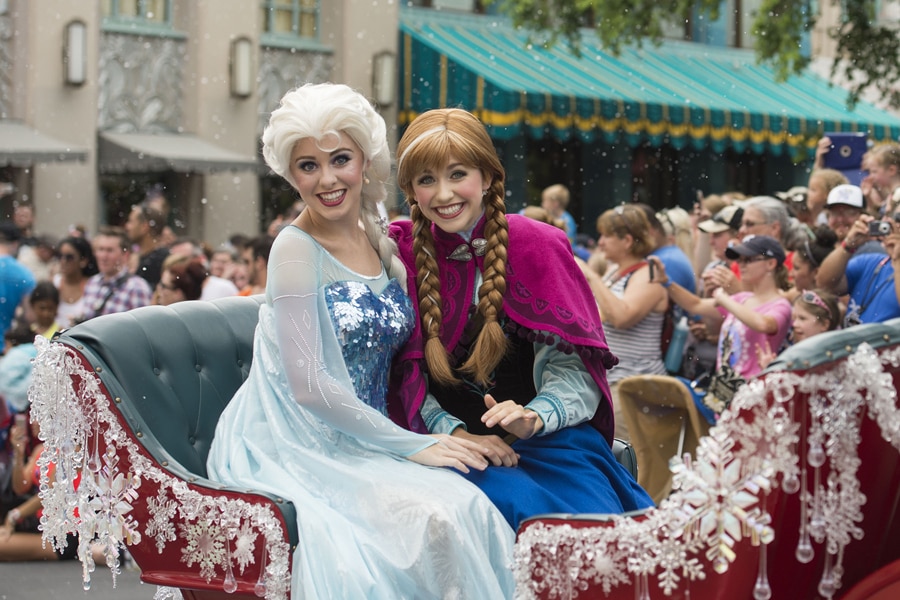 Earlier today, Anna and Elsa, the royal sisters from “Frozen” were officially welcomed at Disney’s Hollywood Studios, well, for the first time in forever! 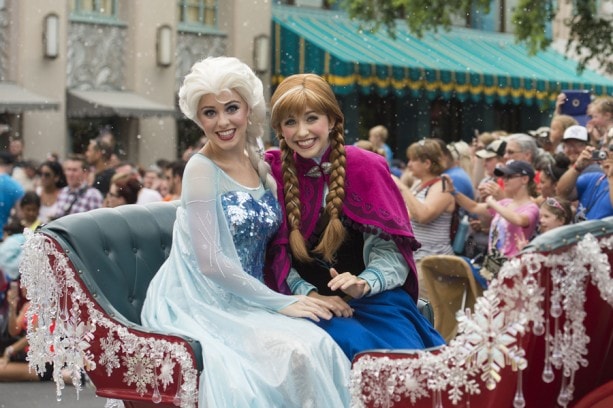 “Anna & Elsa’s Royal Welcome” is a new daily procession that gives everyone a chance to enjoy the pageantry and cheer of the grand arrival of the royal sisters of Arendelle. Stepping off at the front of the park, Anna and Elsa proceed through the parade route in a royal horse-drawn sleigh, while their friend, Kristoff, travels on a Wandering Oaken’s Trading Post float. Our “Frozen” friends are flanked by plenty of royal entertainers, including a flag corp twirling the flag of Arendelle, a troupe of ice men performing a routine with ice picks, sliding skiers, skating snowflakes, and more. Upon arriving at the stage in the center of the park, the sisters receive their official welcome to “Hollywoodland” before returning to their carriage and completing the rest of the parade route, ending just before the Star Tours – The Adventures Continue attraction. 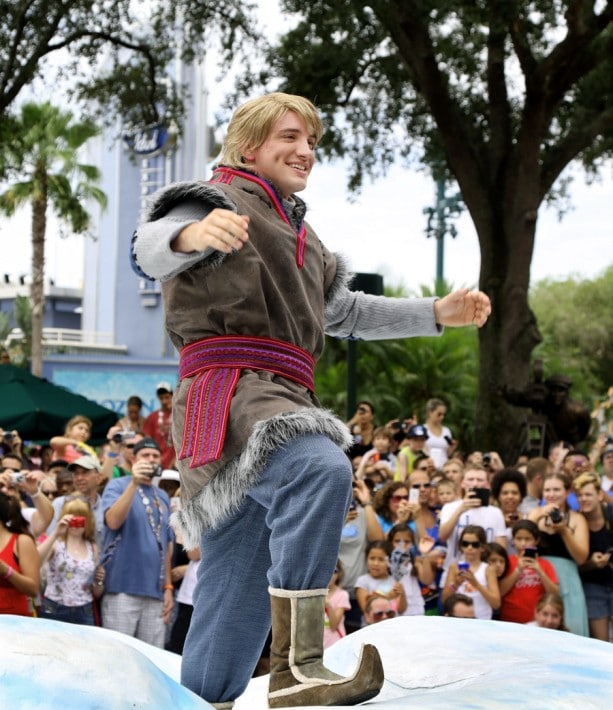 I was there to see today’s inaugural procession for myself, along with my son, who like so many kids, watches “Frozen,” plays “Frozen,” and even sings “Frozen.” By far, one of my favorite elements was seeing the kids who were chosen to join in on the fun. Each day, 20-30 of our young park guests are going to be randomly invited to become honorary royalty of Arendelle and march along in the parade. Although these children are randomly selected to appear in the procession, word on the street is that one way to increase your chances of being selected is to dress and be seen in your Arendelle best!

“Anna & Elsa’s Royal Welcome” is one of many “Frozen”-inspired offerings that guests can enjoy at Disney’s Hollywood Studios through September 1, which also include a new fireworks spectacular, ice skating, a singalong, dance party, merchandise opportunities and more.

See the posts below for more ‘Frozen’ Summer Fun: