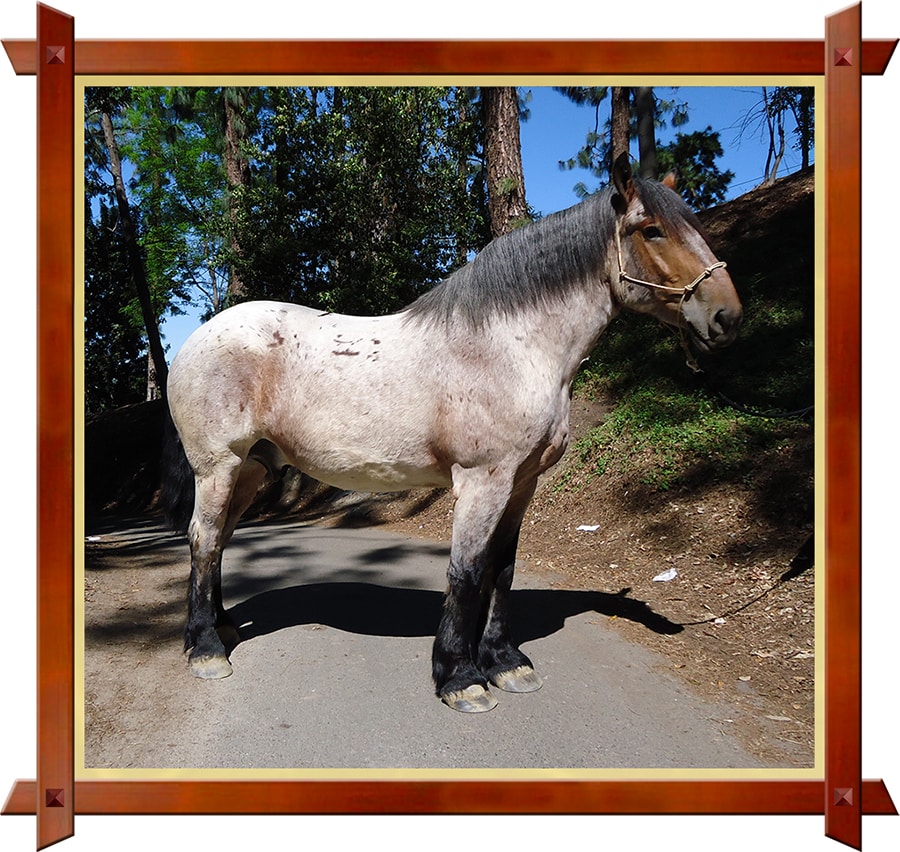 Meet the Horses of the Disneyland Resort: Finn and Bug

Greetings from Circle D Ranch at the Disneyland Resort. Let’s meet two more of the lucky horses that live here. Finn is a Brabant draft horse. He’s 11 years old, weighs 1,590 lbs and stands 17.2 hands tall. Finn came to the Disneyland Resort from Oakley, Calif., and took to his new life here, as they say, “like a duck to water.” In the relatively short time Finn has been a part of the Circle D team, he has pulled the Horse Drawn Streetcar on Main Street, U.S.A., pulled the carriage for the Disney Villains at Mickey’s Halloween Party, and was the star of the Happy Lunar New Year Celebration this January for The Year of the Horse. Finn is a very calm horse, and he loves attention. Bug is also a Brabant draft horse. He’s 10 years old, weighs 1,555 lbs and stands 17 hands. Bug also came to Circle D from Oakley, Calif. In fact, Bug and Finn were a show team before they came to the Disneyland Resort. Although they look as if they could be brothers, Bug is shorter and bulkier than Finn. And despite being one of Circle D’s smallest horses, Bug easily outweighs many of the horses that are taller than him, because he is so muscular. You can find Bug at the Big Thunder Ranch petting farm. Look to see if he’s there the next time you’re at Disneyland park!

Likes (1)
Share Meet the Horses of the Disneyland Resort: Finn and Bug