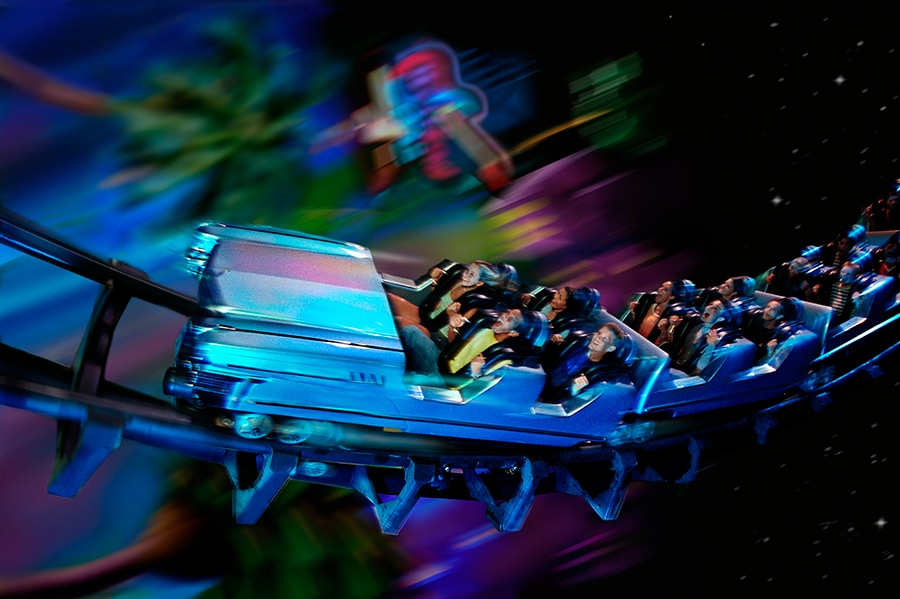 Today we’re celebrating the anniversary of one of my favorite attractions – Rock ‘n’ Roller Coaster Starring Aerosmith. The attraction originally opened its doors at Disney’s Hollywood Studios on July 29, 1999. In case you haven’t experienced it yet, the attraction lets you tour G-Force Records, the music studio where Aerosmith is holding a recording session. When the band heads out to a show, they invite you to travel to the show in a super-stretch limo that speeds from 0-57 mph in just 2.8 seconds. Better yet – each limo is equipped with an audio system consisting of 125 speakers, 24 sub-woofers and more than 32k watts of audio amplifier output power and each car broadcasts different Aerosmith songs.

In honor of today’s anniversary, here are 15 fun facts about the attraction:

Which is your favorite song to take a ride to? Tell us in the “Comments” section below.