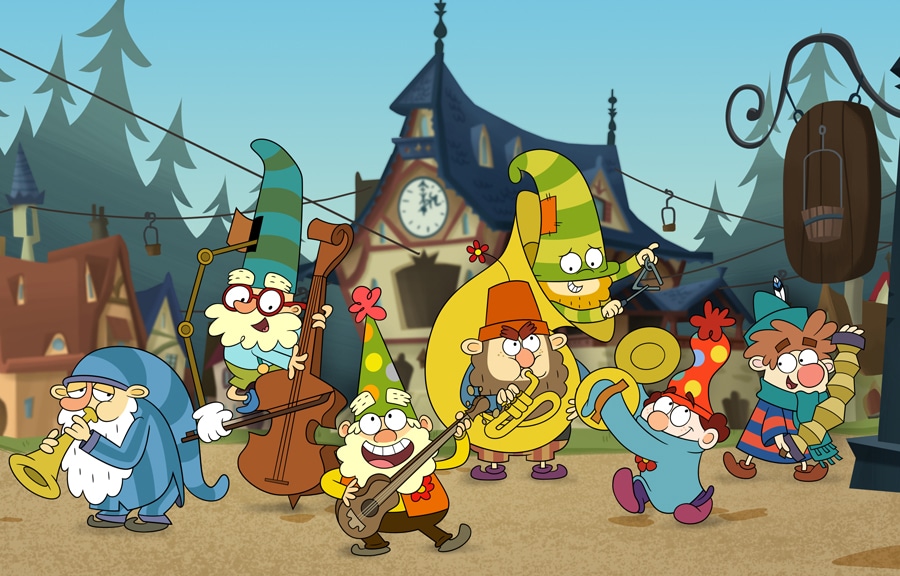 Did you know that the Seven Dwarfs Mine Train attraction is inspiring a new television show that premieres on Disney XD today? Disney’s “The 7D,” a comedic take on the Seven Dwarfs, premieres today (be sure to check local listings for times). In the premiere episode, “Long, Long Winter/Itsy Bitsy Spider Fighters,” the 7D rescue the villagers of Jollywood from an eternal winter spell that the Glooms have cast on the kingdom and help Queen Delightful rid the castle of a pesky spider. The show will feature the voice talents of actors Kelly Osbourne, Jay Leno and Whoopi Goldberg.

Get a sneak peek at what to expect by visiting the show’s official site here.

And don’t forget about the 7D Mine Train app, which was released earlier this year. The game introduces the re-imagined Seven Dwarfs and allows players to choose one of the characters to pilot a mine car through a variety of locales and collect gems along the way.