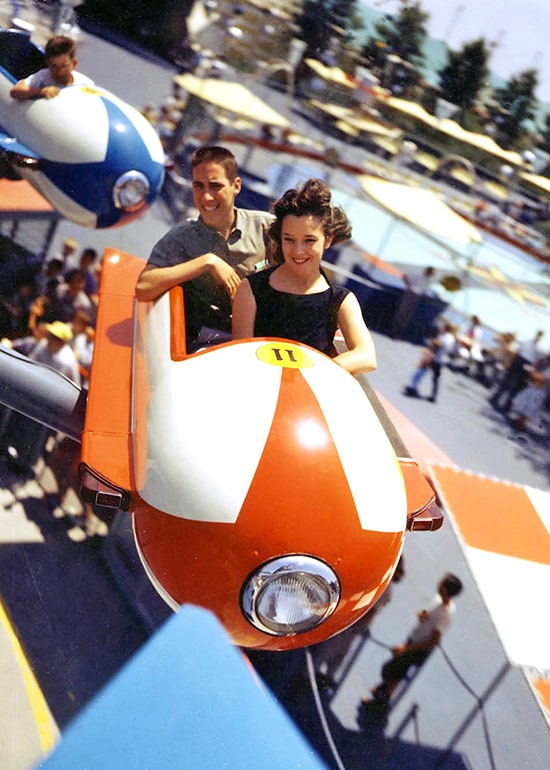 Here’s how it works:

This week, we’re looking for your Disneyland photos from the 1950s. Does your grandmother have a photo of herself on Main Street, U.S.A., on opening day? Do you have a photo of yourself at the opening day of the Matterhorn? We want to see! Of course, photos from any decade are welcome … tweet or Instagram yours now with the hashtag #Disneyland60Contest!

When the submission period is complete, we’ll select the top five photos from each decade and let you decide which photos win! That’s right – Disney Parks Blog readers will vote for the top photo from each of the Disneyland Decades. Each decade winner will receive a special Disneyland Resort Diamond Celebration prize.

Then, we’ll give you the chance to vote for one Grand Prize winner from among the winners of each decade. This lucky fan will win a trip to the start of the Disneyland Resort Diamond Celebration in spring 2015!

No purchase necessary. Entries must be received by 8/27/14. 18/age of majority+, 50 US/DC only. Void where prohibited. See Rules for details.