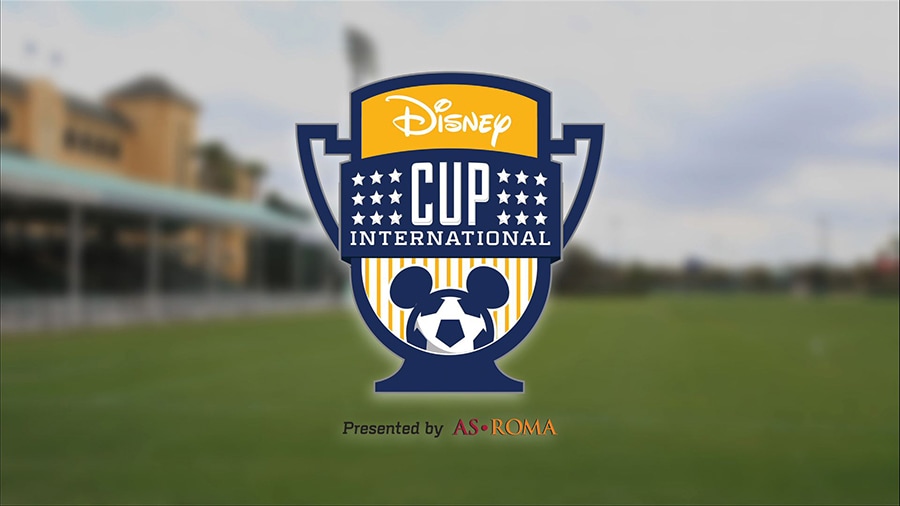 Soccer is the Game, Developing Leaders is the Game Plan – Celebrating at Disney Cup International

“At the end of the day they don’t remember the scores….. I want them to remember the experience, I want them to remember the feeling.” With that belief at the center of his coaching, Steven Horwood of the Ajax Football Club from Ontario, Canada, has led his team to victory both on and off the pitch. The majority of his team has played together since they were 8-years-old, and now playing in their final season together, Horwood thought the Disney Cup International, Presented by AS Roma was the right thing to do for all they have accomplished. Ajax Football Club was one of 239 teams, more than 3,500 players, representing 18 countries, to play in the tournament. Teams from Canada, South America, Aruba and as far away as Australia came to ESPN Wide World of Sports Complex at Walt Disney World Resort to test their skill against international competition.

But before stepping on the plane to come to Disney, before the kick-off whistle blew for their first game, Ajax FC was already a winner when it came to international sportsmanship.

For more than seven years these young women have volunteered more than 3,000 hours in their community helping others. The most notable program has them literally giving away the jerseys off their backs. Through the SOS Children’s Village program the team donates jerseys and soccer equipment to kids in Ghana, Africa. To date they have donated more than 300 uniforms, and expect to send another 200 after the tournament at Disney, as well as some other Disney keepsakes.

“Soccer is the sport but we really wanted to make them community leaders,” said coach Horwood. Helping fellow teammates in Africa is rewarding and raises their awareness of the world around them. Recently the girls received photographs of kids in Africa wearing their jerseys and playing with their equipment. “Growing up soccer has been kind of a lifestyle for me, something I really enjoy, giving the chance to give other kids in Africa the chance to play is fulfilling,” said Ajax FC defensive back Lauren Pugh.

On behalf of everyone at Disney Soccer and ESPN Wide World of Sports Complex, I want to congratulate Ajax FC for their hard work on and off the pitch. Win or lose, we celebrate the fact you have all scored one of the most important goals of your lives.